During the early nineteenth century it would be unthinkable for young ladies to be seen indulging in recreational physical activities. All this changed thanks to an eccentric man called Bernarr Macfadden. Born in 1868, he became a prolific author and publisher of popular books and magazines. The self-styled professor of kinesiotherapy, wrote in his journals on the health benefits of physical activities for men and women. 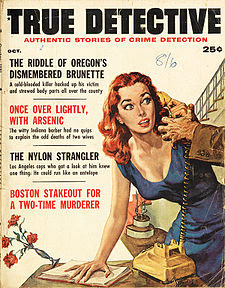 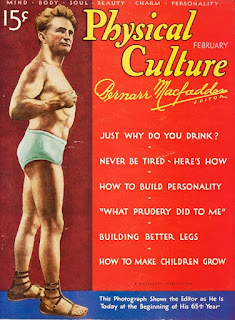 The ethos for Physical Culture, founded in 1899, was longevity and related to right living and appropriate exercise. McFadden often used himself as model for his publications and soon earned the title 'Bare Torso King'. Needless to say the popularity of his publications brought nothing but condemnation from the medical fraternity. Whether he was exploiting women or preparing society to, accept the importance of physical health for women, remains unresolved. He did recognise the ignorance of the human body as a main cause of female degeneracy as well as the need of increased physical health and strength for women. McFadden advised young ladies to take up some of the gentle outdoor pursuits such as walking, dancing, skating, croquet and cycling. 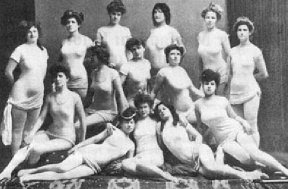 He also advocated riding horses astride and women's baseball and basketball. This had major implications on the shoe making industries as physical culture societies sprang up throughout the English speaking countries. The first American Olympiad in 1904 included physical culture activities for women but females were not allowed to participate in the track and field events. The world was not ready for women and physical jerks and it was only by 1928 that the Olympic committee agreed to include lady’s events.


McFadden was a Darwinist and eugenicist, who believed in the survival of the fittest. Eugenics later became incorporated into Nazi philosophies of the 1930s. McFadden's eccentric beliefs extended to preventing physical weaklings from marrying until they reached an acceptable level of fitness. During this time in history the Western World became sensitised to physical activities and mass exercise for all was very much the order of the day. Again this created a ready market for leisure shoe styles, including the introduction of the sensible shoe, or walking shoe. 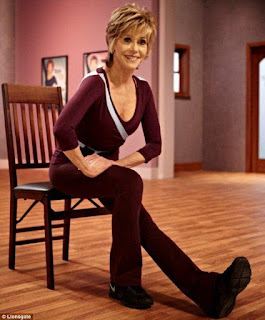 Only in the 1970s with the aerobic phenomena fronted by Jane Fonda was there an interest in designing sport shoes for the female market. 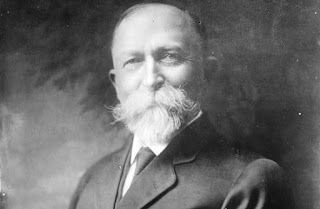