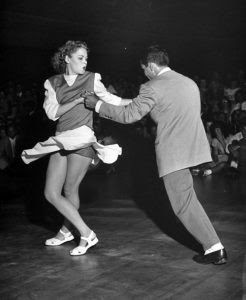 The youth of the thirties and forties celebrated living by throwing off the old image of dancing locked together in the embrace of the waltz and tango, so they jitterbugged. Free movement was the order of the day and sturdy supporting shoes with certain elegance became fashionable with the Norwegian loafer (later known as the Penny Loafer) taking prominence. 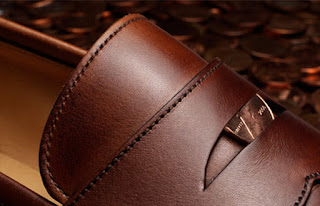 When the jitterbug of the forties was replaced by the jive of the fifties the frankest public portrayal of sex yet was performed by dancers wearing cheaper shoes brought about through post war austerity. The humble sneaker, or canvas topped, rubber soled shoe was escalated to become the fashion icon of all rebellious youth and remarkably has remained there, to this very day. 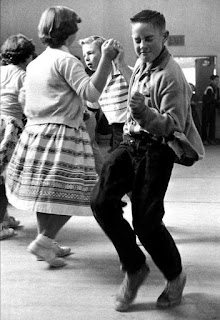 By the mid fifties there was a revival in 20’s jug music and as young musicians took to makeshift orchestration with kazoos, washboards, broom handle basses and liquor jugs the ’angry young men’ of the Beat Generation dropped out wearing sandals (thongs) or no shoes at all. Skiffle did not contribute significantly to popular music purse, but it did give prominence to the guitar and when this was electrified and Rock a Billy crossed over into popular music the new generation took to wearing Saddle shoes or Penny Loafers. 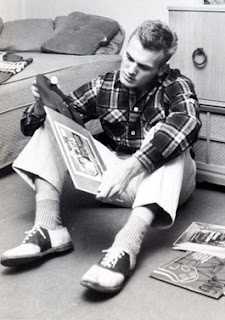 The resurgence of the Norwegian Moccasin was complete when Carl Perkin’s penned the immortal Blue Suede Shoes. 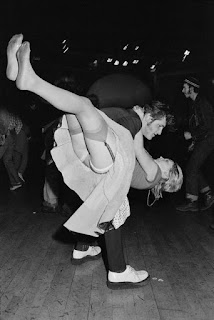 An interesting innovation at the time was the unconventional use of the boot lace. This was worn as a tie called Slim Jims and underpinned the importance of 'Hillbilly Music' in the emerging youth scene as well as flying in the convention of shirt and tie brigade, Dadio. 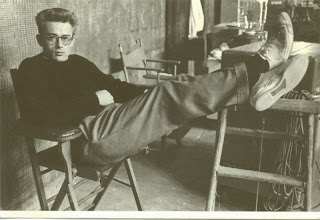 Fashionable chucks and keds prevailed with the younger dancing set and when Presley and Dean were photographed wearing them, that was enough to set a global trend.

As the loafer was to male style, the heeled pump became the epitome for older teenagers. Rising hemlines ensured legs were at a premium and when the Stiletto heel was introduced in 1952 (4" in height), it was a fashion phenomenon. Known as the "Cobblers Delight" because the bottom tips needed frequent replacement the heels pierced floors and were banned in aircraft and many public buildings. Despite their bad reputation by the end of the 50's stilettos were the only shoes a fashionable woman wore. High heels were considered symbols of playful defiance, and heightened sexuality, the shoes became the trademark of the naughty girl. Later the advent of seemless stockings without heel reinforcement brought the sling back into fashion. 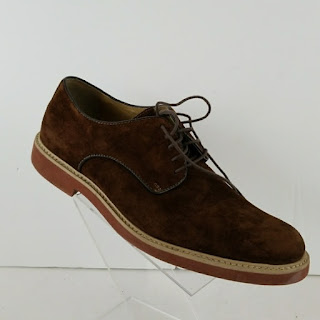 By the end of the fifties Rock’n’ roll had peaked and the wild child image was passé. When the anger was taken out of the first onslaught of the rock generation fashions became less aggressive and suede shoes were popular particularly with the university students, their duffle coats support for CND and their love for Trad Jazz. This generation were the new moderns and forerunners of the Mods. Little did anyone know in 1959 what revolution was about to happened in the next decade.