All day I dream about sex 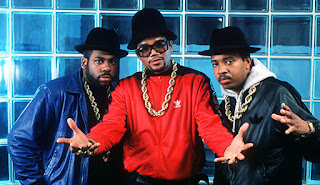 When Run DMC were asked to write a song extolling the virtues of their favourite sneaker brand the result was the Top Five R&B record, "My Adidas", a dream come true. The crew made a fashion statement by wearing their Adidas sneakers with no laces, trench coats and big jewellery, which set the stage for sartorial rap and Hip-Hop. Run-DMC became the envy of all by being given their own line of Adidas sneakers.


Too good an opportunity to miss, 'KoЯn' in the 90s, released "All Day I Dream About Sex.". This had nothing to do with the sportswear company or selling shoes, according to the band’s management. “In your dreams “, and in 1998, the band signed a six-figure deal to promote Puma shoes. Hard-core fans had their dreams shattered and saw this as blatant commercialisation with the band turning their back on Adidas.


Originally Adidas and Puma were one of the same company before they split but that is another rap. Now artist J C Chasez has his version of "All day I dream about sex”, maybe if his dreams come true he will get a shoe contract, too.

Labels: All day I dream about sex