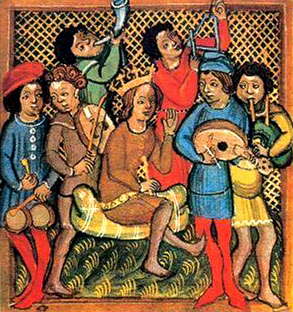 Seems each time the world has faced an epidemic of sexually transmitted disease there has been an increased sexual focus on the female foot. Historically we know over the last millennium there have been four distinct episodes. In the thirteenth century crusaders returning from the Holy Land brought back with them to Europe a gonorrhea epidemic; both in the sixteenth and nineteenth century’s syphilis epidemics devastated the populations; and today the ravages of Auto Immune Deficiency Syndrome are all too apparent. A research paper published in Psychological Reports, postulates there was a direct connection with some pretty convincing evidence to support the claims. The romantic literature of the thirteenth century includes reference to women's feet. Troubadours waxed eloquent in their poetry about the female foot and in the best seller of medieval times, The Romance of the Rose; there are copious and detailed references to the pedal aspect of the female anatomy.

The idealized (sexy) female foot was based on the Christian belief that all physical characteristics were to be god-like. According to the poetry of the time the ideal stereotype female foot of the thirteenth century was white, narrow with high arches and long straight toes (sound familiar). Big toes were longer than the second (i.e. a Roman foot) and there was no webbing or skin flaps between the toes. Toe nails should be long with large white moons on pink pale nail beds. Like the thighs, buttocks and breasts the feet had acquired a standardised image. This came at a time when the poulaine was popular among male courtiers and had overt phallic connotations whereas women wore heel less slippers in the image of the Madonna. Churchmen acknowledged the trends and considered them as part of the general degeneracy as the idealised aspect of medieval love disintegrated into the adulterous aspects of high gothic courtly love. 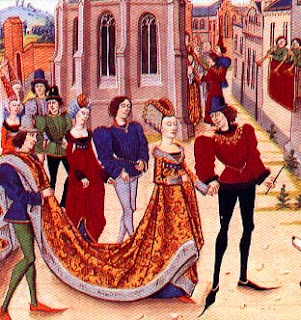 By the end of the gonorrhea epidemic literature reference to the sexy foot was less in evidence. In the sixteenth century when the outbreak of syphilis reappeared a new interest in foot fetish was reprised. The movement seemed to start in Spain then moved to Italy before engulfing the whole of Europe. Painters specialised in the female foot with toe cleavage an artistic interpretation for seduction. Partially covered feet became the voyeuristic mark of the time and the vogue of courtiers enjoyed by both sexes. 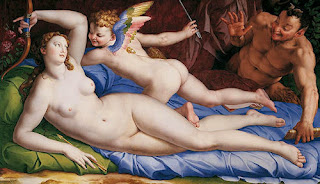 In the literature idealised foot of the troubadour was revived, re-eroticised and idolised. The long second toe became popular (i.e. the Greek Foot) and clothed prostitutes paraded before customers, unshod. This fetish remained popular until the treatment of mercury provided a primitive cure for syphilis. In the nineteenth century when a second epidemic of syphilis reappeared this seemed to mirror another interest in foot fetish. Brothels began to specialise in foot eroticism on a large scale. Victorian schools of painting included the idealised female foot and to avoid sensitivities the female foot was excluded from photographic tintypes. While contemporary portrayals showed men with their boots exposed, women's feet were covered by dresses or lap shawls. The convention included mechanically cropping female feet from the plate. Cinderella fairy tale was revived with foot fetishistic overtones not seen in the twentieth century version. George du Maurier's "Trilby" became a bestselling novel (1894) and spurned the fashion for foot shaped objects from ice creams to sausages. Foot shaped jeweler became the fashion with men's tobacco pouches and hip flasks the rage. 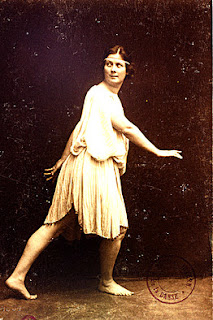 Isadora Duncan revolutionised ballet by dancing in her bare feet. The use of the foot was seen as a safe sex alternative to genital intercourse. In 1980's, AIDS emerged as a major epidemic again there was evidence to support an increased emphasis on (women's) feet as sexual objects in both pornographic and general literature. 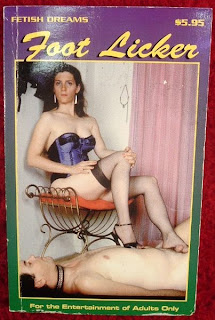 Hard core foot orientated magazines such as Foot Love, Foot Lickers, Foot Worship, and Under her toes appeared, for the first time. Other softer magazine also made an appearance. These did not contain the word "foot" in their titles instead more neural names such a Leg Auction, Thigh High, Leg Shoe, leg Scene, High heeled Women, Silk Stockings, Leg tease and Open Legs and Lace. Editorials made clear the reason foot was omitted were for the convenience of the purchaser. Feet began to appear in more and more girlie type magazines. Often these were at the request of readers in letters and opinion polls. In the Economist's review of the sex industry they identified foot fetishism as a growth area, whilst readership for most mainstream soft-core magazines plummeted. By 1990 the foot was a regular feature in adverts, often depicted in unusual poses. These included situation where models wore clothes which would not have naturally been associated with bare feet. This phenomenon was reported in the press. More citizens were seen walking barefoot in the streets of cities.

Vantage Cigarettes ran a billboard campaign where models were depicted in situations which drew attention to their feet. Other companies used models petting or nuzzling the barefoot of another model. Fergie and foot sucking heralded a number of references to foot fetish in movies and television. The Internet has over one million entries on the subject. There are now many clubs catering for interest of both gay and heterosexuals. Dress codes for many offices including the White House now prohibit barefoot and open toed sandals as well as short hemlines and deep plunging blouses. Foot pornography is considered to be different from dominance. Some authors claim foot eroticism is a source of female power while other pornographic forms are degrading and subservient.

Ancient shoes - with tales of falling over 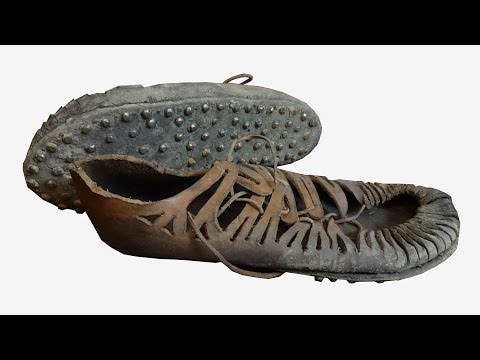