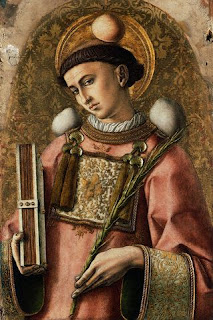 Britain, Australia, New Zealand, and Canada celebrate Boxing Day which falls on December 26. (St. Stephen's Day). *Stephen was chosen by the Apostles, along with six others, to distribute alms to the poor. Stephen was arrested, accused of blasphemy and sentenced to death by stoning. St Stephen was the first Christian martyr. In 460 AD, a basilica was erected by Eudocia, the wife of Theodosius II, outside the Damascus Gate, on the spot where, according to tradition, the stoning had taken place. 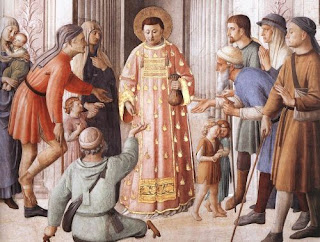 Whilst the origins remain unknown, many Christians believe Boxing Day relates to the day when parish priests opened the church's alms (charity) boxes on the day after Christmas to distribute the contents to the poor. From the middle ages Boxing Day was the day money and other gifts were given to charitable institutions, needy individuals, and people in service jobs. 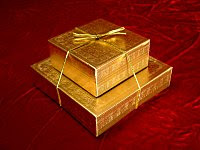 Aristocracy were also known to give gifts in boxes to their servants on December 26. The boxes might contain food and or clothing including shoes. Much later this was extended to beyond the household staff to trades people who had performed services throughout the year. Boxing Day is now a bank holiday.