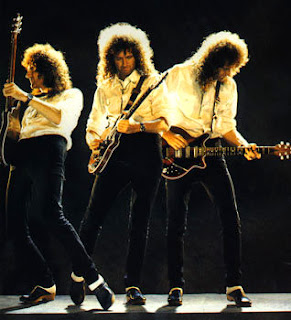 Although clogs and wooden soled shoes have had brief moments in fashion they were the traditional footwear of the poor and those whose work necessitated heavy duty shoes. 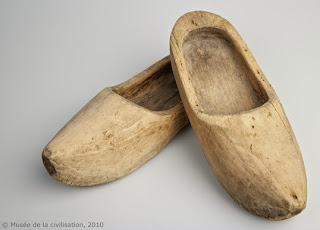 The French Sabot, German Klomp, Korean Namakshin and Dutch clog were made from a single block of wood. 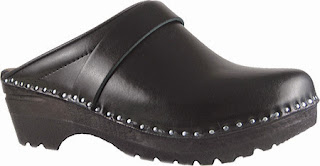 The US and UK clogs were constructed like shoes with a separate wooden sole from the leather upper. 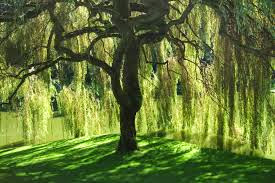 Alder, birch, sycamore or willow were originally used to curve out the clogs. In the past itinerant craftsmen known as bodgers prepared wood for clogs from the rough shaping of the wood into soles. The soles were stacked in pyramids so that the air could circulate around them to ensure natural and even drying. One of the essentials of a good pair of clogs is that they are paired at birth so they can shrink in the drying process to the same extent. 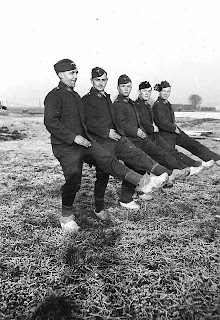 During the 18th century rebellious peasants threw their sabots into mill machinery or used them as noisemakers during speeches. Their defiant acts gave rise to the word sabotage or deliberate act of destruction. During World War II governments encouraged people to turn to clogs as practical solution to the dearth of traditional raw materials in the shoe making industry. Fashion magazines patriotically photographed clogs worn by top models in an attempt to give their evident utilitarian values sufficient glamour to overcome the stigma of working-class poverty that many people thought they carried. Their efforts failed and even when the middle classes did wear the clogs it was very much under duress. 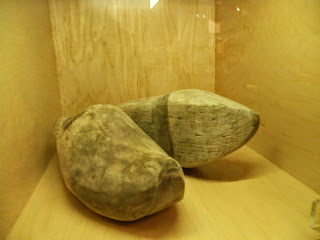 In the Netherlands special clogs called smuggler's clogs were made. These were worn by blackmarketeers because they cleverly had the sole section carved to leave reverse footprints. Because of the general shortage of leather in wartime affixing wooden soles to shoes was common practice in Europe. To make the sole more flexible the wood was cut into strips. 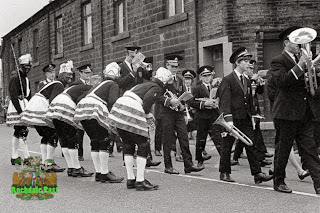 Clog dancing was popular with working class people in England from Mid Victorian times to World War II. The hard wearing clog allowed dancers to keep the beat with their heels and create rhythm by tapping to the downbeat of the music. To make the clog lighter the uppers were cut lower at the ankle and the soles made from ash wood. The dancers required being nimble and the steps were complex. Freestyle clogging was danced by single dancers on a slab of hard wearing wood that made a ringing sound. Amateur dancers would add drama to their performance by using metal tags, nailed to their soles which caused sparks to appear. Female clog dancers eventually became popular in music hall with a form of precision clogging. Troops of clog dancers were common in the North of England in the last decades of the Nineteenth century. 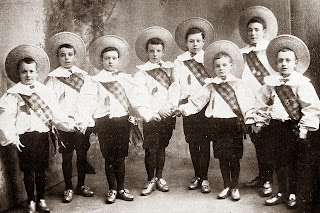 One of the most famous was J.W. Jackson's Eight Lancashire lads Charlie Chaplain joined the troupe in 1896 and was paid one pound sterling a week plus his keep. 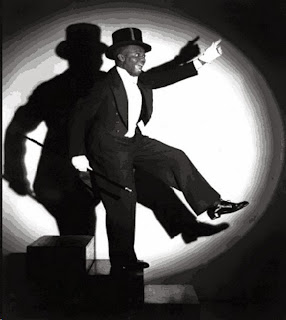 Towards the nineteenth century clog dancing was introduced to US, where it was quickly transformed into tap dancing, which became the mania from coast to coast. Still very much a male preserve, tap dancing became popular with women and chorus lines. The girls wore special shoes known as Mary Jane's which were kept on with ankle straps fasten with buckles or buttons. The shoes were often split clogs with half a sole and the heel in wood. To emphasise the sound some shoes had jingles attached to the shank or coins put into the heel. When the heels hit the floor they made a sound like jingling coins.