I attended a podiatry conference many years ago which featured a lecture on forensic podiatry. It was fascinating from beginning to end. Three cases stuck in my mind, not very pleasant but convictions were secured because of expert podiatry evidence. The first involved a tragic murder of a young boy, buried under a garden shed and his skeletal remains were unearthed a decade after. A positive identification was made because the lad had distinctive thickened nails on his big toes. Once confirmed an arrest and conviction soon followed. The second case concerned a young lady kicked to death. The perpetrator wore winklepicker shoes and left distinctive marks on the victims body. 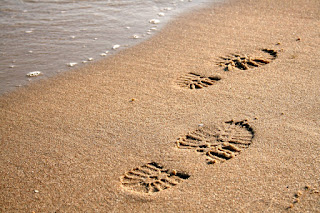 The third case concerned a cat burglar with a modus operandi which always involved entering the premises from the roof. On this particular occasion the roof was flat and dusty. He removed his shoes but had rather a large hole in his sock leaving condemning footprints. One of the most celebrated murder cases outside North America was in New Zealand and involved footprints in the sand. The Prosecution's key, expert witness was a podiatrist and his evidence was pivotal to the successful conviction of the felons. The case involved a particularly brutal gang killing where by good fortune the murder scene was on a beach and due to freak climatic conditions, the footprints were preserved. The circumstances which surrounded the case were later the subject of a special program on New Zealand television broadcast. In the very famous OJ Simpson trial much of the forensic evidence involved blood stained footprints. The input of expert podiatry forensics was critically important to the evidence presented. 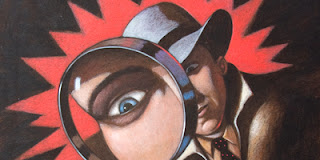 Today specialist knowledge of podiatrists is often sought by forensic teams so much so evidence concerning footprints has been revolutionised. Dr. Sara Jones, from University of Adelaide, South Australia worked with the police authorities near St Louis, Missouri where there is on average four murders per week, she has been kept particularly busy. Till now, all forensic work done in that region had been conducted with the help of anthropologists, however her specific expertise in the area was invaluable and a podiatrist now forms part of the regular team. Sara is part of the forensic team based at Flinders Medical Centre, Adelaide, Australia. The group of experts have been conducting forensic investigations on behalf of the South Australian police and interstate authorities. Cases range from housebreaking to murder, where footwear and footprint evidence has been involved. The group also provide valuable input to police training. Another Australian podiatrist, Dr Paul Bennett, from Queensland University of Technology has also developed expertise in forensic podiatry and been directly involved, as an expert witness, in a number of trials for crimes including murder, rape, armed robbery, theft and burglary. Throughout the world there are several forensic podiatry experts now practicing as consultants.