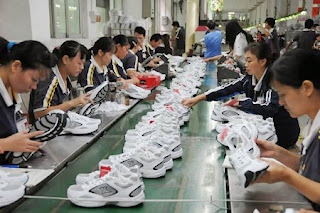 When shoes and shoemaking for the purpose of protecting the feet evolved it saw the emergence of three types of shoe: moccasins, sandals, and boots. Determined by climate, terrain and life style each came from different parts of the world. The development of craft enabled more sophisticated forms of footwear to appear and trades form and pass down through generations. By far the oldest shoes were moccasins, followed by sandals, then boots. It is only in the last two centuries shoes have been mass produced and until then were handmade. Even with today’s mechanised factories, shoes still require considerable manual work, which ultimately determines production costs. In an effort to optimise profits, companies engage cheaper workforce labour off shore and in developing countries. Units costs are minimised which makes it difficult for home based companies to compete in the marketplace. Many Australian shoe makers for instance have either diversified or gone to the wall. There are several notable exceptions, of course, but these are rare and exist within the higher priced retail bracket sector. 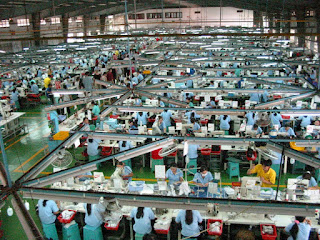 Going offshore for production is a financial reality in today’s competitive global market place. Some multi-national companies have found the temptations to ‘penny pinch’ so attractive, they have consistently infringed of the Human Rights of their workers. Inventive defence to continued abuse has met with the rhetoric, ‘better poor working conditions, than no work at all”. To compound the situation, the footwear industry is often a stalwart anchor of the national economy of developing countries and many governments are keen to keep the patronage of large international companies as priority. This means buying shoes has a political dimension, both in terms of Nationalism as well as maintain the dignity and Human Rights of the workers. The former may appear prominently in the marketing splodge but never the latter. Instead the consumer is bedazzled with “newness” and “more improved” type statements. 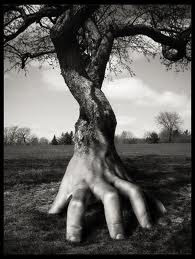 Since the birth of capitalism, newness has become embedded in our psyche as the ultimate mark of prestige, status and sophistication, a concept so wedded to our innate desire for social recognition that it actually assumes greater importance than the commodities to which it pertains. Consumers are thus led to believe that shopping for fashionable goods is equivalent to gaining a more permanent foothold in the social hierarchy. There’s something to mull over when buying your next pair of shoes.

Labels: Globalisation:You are your shoes

AH the evils of globalization