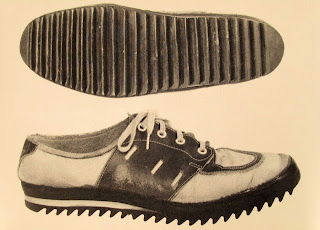 After that, the company embarked on a new venture by launching the Trackster, the world’s first performance running shoe. The Trackster was available in multiple widths and had a ripple sole. Ranges of New Balance shoes are named by their batch reference number and not a glib sounding name. Initially marketing was by word of mouth and for a time New Balance became the best kept secret for runners. New Balance preferred the more serious approach and thought it attracted genuine customers. The company claims to differentiate their products with technical features, such as blended gel inserts, heel counters and a greater selection of sizes, particularly for very narrow or very wide widths. 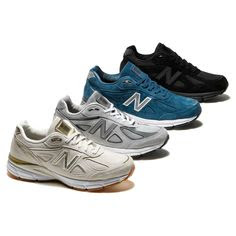 In contrast to their competitors, which often manufacture exclusively outside the USA and Europe.The company maintain a manufacturing presence in the United States, as well as in the United Kingdom for the European market, where they produce some of their most popular models such as the 990 model. New Balance shoes tend to be more expensive than those of many other manufacturers. In 2015, New Balance branched out and made soccer and cricket shoes available through their subsidiary company, Warrior Sports 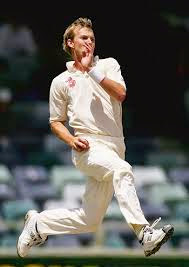 Australian fast bowler Brett ‘Binga’ Lee had New Balance make him a pair of trainers for the Ashes cricket test. The shoes were in the colours of the Australian flag,i.e., green and yellow. The players nickname, 'Binga,' was sewn into the tongue. Had they come up for auction,; it is unlikely they would have gone for US $147k (85,600 pounds). That sum was paid for a pair of soccer boots owned by Davis Beckham. Norwegian millionaire Idar Vollvik and the founder of the VoIP service provider are reputed to have paid that amount recently when Norske Kvinners Sanitetsforening ran a charity auction recently. Norske Kvinners Sanitetsforening, the Norwegian charity, acquired the silver boots when they were sold to raise money for victims of the Indian Ocean tsunami. The proceeds of the auction went to buy tents to shelter thousands of Pakistani earthquake victims. 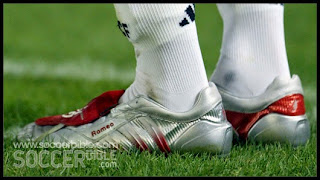 In 2016, after the company appeared to praise Donald Trump’s future trade plans. In protest, Democrats took to social media to call their supporters to swear off the brand for life, and burn their existing NB trainers. 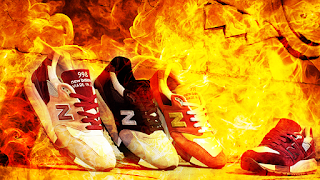 Far Right groups were equally vocal and declared New Balance, ‘The Official Shoes of White People.’ Eventually, the company made a statement they were not supporting Donald Trump for President, but hoped under the new President’s term the then Trans-Pacific Partnership (TPP), would be reviewed to favour American Companies.