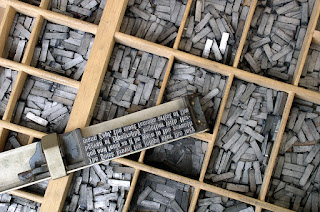 According to Wikipedia Encyclopaedia a cliché was originally a printing term for a semi-permanently assembled piece of type which easily could be inserted into a document being printed. It has since come to mean a phrase, expression, or idea that has been overused to the point of losing its intended force or novelty. The meaning of clichés are frequently misunderstood and misused. When used properly a well chosen cliché can help keep the narrative on a fast pace without much explanation and elaboration. Foot and shoe clichés are not uncommon in many languages. From a socio-anthropologist perspective, this may be due, in no small part, to the subconscious importance we bipeds place on our pedal extremities to describe our metaphoric and geographical environment.

Foot related clichés include: Waited on hand and foot
The shoe is on the other foot
Put your foot down (origings 1520)
Put your best foot forward
One foot in the grave
Footloose and fancy-free. Footloose was a nineteenth century word meaning 'ready to move'.
Follow in the footsteps of (father’s footsteps)
As rich as a foot up a bulls ass (tight as a finger up an arse)
Shoot himself in the foot
It was like having one foot on shore and one foot in the canoe
Don't let the grass grow under your feet
Get your foot in the door.
He has two left feet.
Put your foot in your mouth
Shoot yourself in the foot 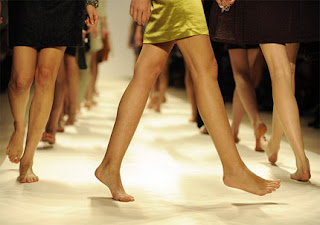 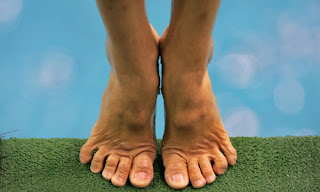 Toe Clichés include:
The toes you step on today just might be connected to the ass you kiss tomorrow.
Point your toes skyward 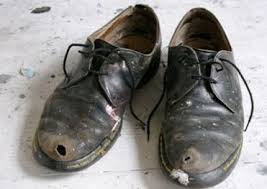 Shoe Clichés include:
Don't judge someone until you walk a mile in their shoes.
If I were in your shoes
If the shoe fits wear it.
Goody two-shoes
I felt bad because I had no shoes, until I met a man who had no feet
Walk a mile in my shoes
It will be hard to try and fill his shoes 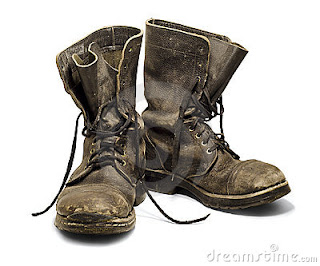 Boot cliches include:
Pull yourself up by the boot straps.
You can bet your boots
tough as old boots 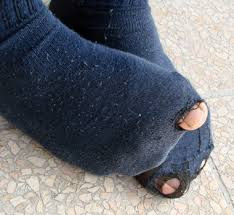 Sock cliches include:
Knock the socks off
Grab your socks and pull up your jocks
Pull your socks up. 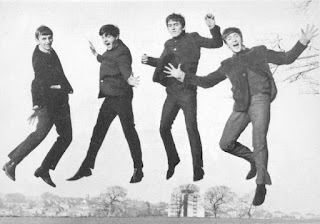 Movement related Clichés include:
Don't jump to conclusions
It takes two to tango
Jump on the band wagon
Kick in the seat of the pants (Origin 1600s)
Kick in the shins (1580s )
Kick the bucket (1785)
Kick up a fuss (1800s)
Make tracks (19th century)
He marches to the beat of another drummer
Mark time military command meaning stop forward movement
Maybe something will jog your memory
Run its course (1570s original reference was to a racehorse).
Run like the wind
Run of the mill
Run off at the mouth (1909)
Run rings round
Run the gauntlet
Running around like a chicken with its head cut off
Running with wolves