A question often posed to podiatrists (foot physicians) is how they feel giving comfort to others by attending the feet. In response, many acknowledge their chosen profession allows them to expresses their love and concern for others by ministering to their feet. Similar to the humility of the Jesus figure washing his disciples’ feet. The real pleasure is giving comfort to others. 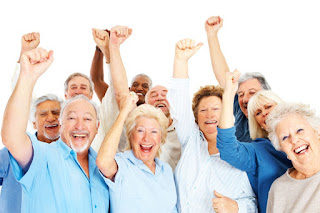 Foot care is not about vanity, but health. Giving solace to tired aching feet can often make the recipient want to leave the podiatry chair and dance all the way home. What better job satisfaction than that. It’s not just a one-way communication either, podiatrists learn so much from their patients. who come form all, walks (pun intended) of life. Many a practitioner’s day has been further enriched by meeting seniors with rewarding and diverse lives. 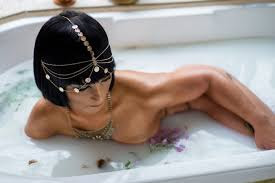 Sometimes too, clients share their home remedies which (they think) have kept them from suffering corns, athlete’s feet or fungus. My personal favorite was a warm milk footbath (46 degrees C) using powdered milk. 'After all it was good enough for Cleopatra,' said one patient, but I didn't have the heart to say, this only became possible to the generation exposed to dehydrated foods.

From the age 9 years until 19, I shared my house with sixty seniors. During the 1960s, my parents were in charge of a 60-bedded Frail Ambulant Hospital in Glasgow, Scotland. As a schoolboy I had no need to open a modern history textbook because I was privileged to know people who had actually been there. From the First World War Trenches, to gun running during the Spanish Civil War, I knew somebody who had actually witnessed it all. As a child listening to the seniors' stories, I was transfixed with tales from Aberdeen fisher woman, former Tea Plant managers in the Colonies, ardent unionists from the Red Clyde Revolutionaries, Razor gang members of the infamous 1920s Glasgow gangs, and sportsmen who had actually pulled on the jersey of Scotland. No great surprise, to find I spent a significant proportion of my working life working with seniors.