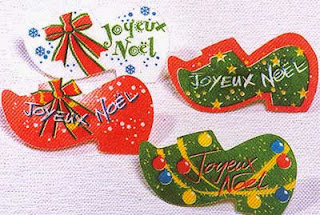 Although Christmas became a Christian festival, in Europe, it was for thousands of years a pagan celebration of mid winter. Since 336 AD the 25th December was used to honour the harvest god, Saturn, and Mithras, the god of light. In the Old Celtic Calendar, New Year was held on the 1st November and the Celts believed from Halloween to Hogmanay the spirits of the dead and those not yet born walked freely among the living. Samhain or the Feast of the Dead was an unreal time or twilight zone when one year turned into another and darkness (night) prevailed over the light (day). 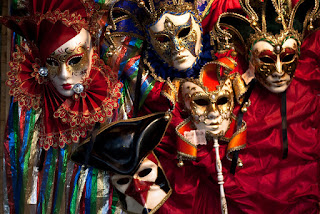 Believers were convinced as the seasons changed the Sun God, Lugh was defeated by his dark side and become the Lord of Misrule (or Abbot of Unreason). Good folk needed the comfort of their own kin and protection from the evil forces of the darkness. Many of these superstitions were retained by the early Christians and incorporated into Christmas customs. The first Christmas Day celebration is thought to be in AD 521 and celebrated by none other than King Arthur. 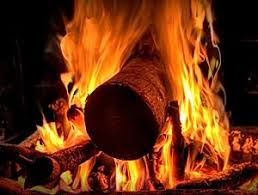 The Yule log was a Norse custom and burning it was a celebration of the sun during the winter months. Yule logs took on major symbolic significance in Christmas customs and was generally thought to bring good luck. In days of old the Yule log was never purchased implying they were free to be taken or given as gifts. Logs required to be burnt throughout the Twelve Days of Christmas if the full power was to be to be experienced . It was an extremely foreboding if the yule log could not be lit when starting the fire and so Yule embers were broken into pieces and kept by members of the household as lucky talisman for the year ahead. Keeping remains of the Yule Log under the bed was also thought to help get rid of chilblains. It was considered bad karma if the Yuletide log was touched by female bare feet or a squint eyed man. 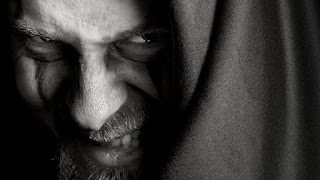 During the twelve days flat footed strangers to the house brought bad luck. Some authorities believe this was the origin of the arch support which is known to date from the 18th century. The Evil Eye (as in the squint eyed man) is well documented in occult culture but there is no reasoned explanation for flat feet. Although in Judo-Christian belief man was made in the image of God in Christian art the foot was always presented as curved and well formed, the corollary i.e. a flat foot, was thought to represent evil. Feet were important to early Christians and the only means to spread the Gospel so subsequently they became associated with joy and happiness. 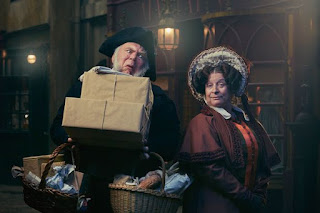 By the Middle Ages there was a saying “If you do not give a new pair of shoes to a poor person at least once in your lifetime, you will go barefoot in the next world." Shoes were only worn by the well healed so going barefoot was unthinkable. Giving charitable gifts to the less privileged became a season preoccupation. 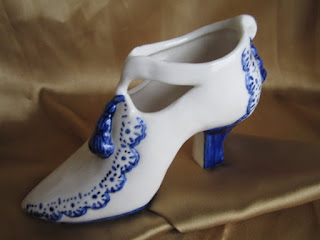 By the late 17th century miniature shoes became popular gifts for good luck. One reason why miniature shoes were given instead of the real thing might be because of the superstition that when you give a friend a new pair of shoes then they were sure to walk away from you. Wearing new shoes on Christmas Day was also thought to bring bad luck and that maybe why slippers became a popular alternative. In traditional Greek Christmas Celebration old shoes are burnt to prevent misfortunes in the coming year. This custom shares a rationale with the belief shoes contain the spirit of the wearer and as we all know from Lurther, foul smells repel evil. The ancient Egyptians inhaled the fumes from their burning sandals as a cure for headaches. This might not have been such a strange custom since their footwear was made from vegetable materials containing natural salicylates. However we most definitely do not recommend you try this at home. 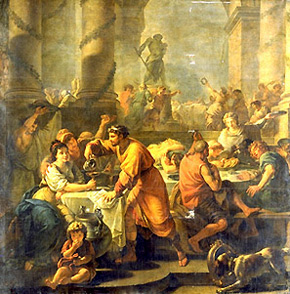 The Ancient Babylonians (1750- 529 BC) celebrated the year's renewal with a joyous festival and this was later adopted by the Persians (529BC - 637AD) who in turn influenced ancient Roman culture. The Festival of Saturn was a Persian Custom which upheld a subversion of social order during celebrations. Grudges and quarrels were forgotten and wars were interrupted or temporarily set aside as merriment of all kinds prevailed. Domestically the role of master and slaves were exchanged. The custom [assed through the Middle Ages until it became a parlor game in Victorian Times, where the well to do family served their household servants, food and drink. Much of modern Christmas celebrations were a fashion started by Queen Victoria who was influenced by her German husband Prince Albert. 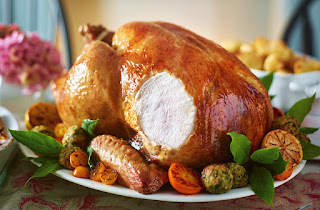 For centuries Pre-Christians had prepared special food, decorated their homes with greenery, and joined in singing and gift giving during the winter solstice. Once Christianity became the official religion of the Roman Empire, many of the pagan celebrations were incorporated into the Christian calendar. By the twelfth century Christmas had become the most important religious festival in Europe. Although merriment and religious devotion were at odds with a strict church, ultimately they were incorporated due to political pressures. 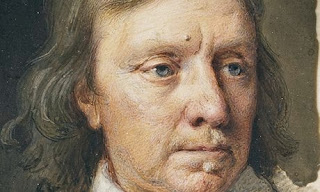 Worship of Mithras (The God of Light) took place in churches called grottos and may have given origin to Santa's Grotto. In 1644 the English Puritans forbid any merriment in religious services by Act of Parliament on the grounds this was a heathen practice. According to the Act Christmas was to be kept as a fast. Cavalier King Charles II revived the feast but the Scots dogmatically adhered to the Puritan view there was no reference to celebration of Christmas in the New Testament and hence stubbornly refused to embrace Christmas celebration for several centuries. The Scottish tea planters in the far east ate plum puddings and turkey dinners many years before their relatives at home gave recognition to Christmas Day.