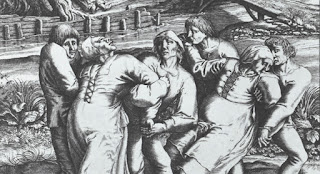 Between the 13th to 16th century large populations of Europe were afflicted with frenzied dancing. People would gather together and dance until they dropped with exhaustion or sometimes death. The Dancing Plague or choreomania was a significant challenge to public health as it pervaded through the populations of Germany, Holland and Italy for three centuries. 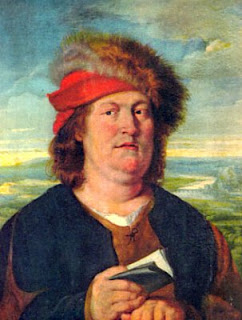 First described medically by Theophrastus Bombastus von Hohenheim better known as Paracelsus (1493-1541). The cause of the dancing plague (or dancing mania) remains unknown. Paracelsus, Philippus Aureolus, was a Swiss physician, chemist, alchemist and metallurgist, he gained wide popularity, although his contemporaries often opposed him. Paracelsus classified variants of the disorder according to whether the underlying cause was lust, an abnormal mental state, or some unidentified physical factor. Davidson (1867) later defined the condition of choreomania as a psycho-physical disease in which the will, intellectual faculties, and moral feelings are more or less perverted, with an irresistible impulse to motion, and an insane love of music, often sporadic, but with a tendency in certain circumstances to become epidemic. The essential features of the disease were it could occur sporadically or in epidemics. It was a psychological disease distinguishable from modern chorea, and from organic nervous diseases. 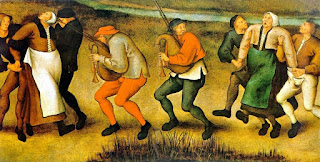 Choreomania was always characterised by an uncontrollable impulse to dance, and a morbid love of music. Physical contact with an affected person was not a prerequisite for contracting the disease (the sight or sound of someone already afflicted could be sufficient). In its epidemic form, an attack was generally preceded by premonitory nervous symptoms and the disease was commonly manifest by physical symptoms including death. Many claims were made as to the actual cause including demonic possession, epilepsy, tarantula bites, ergot poisoning as well as social adversity. It is unlikely to have been caused by any one single event but instead due to multiple factors combined with predisposition such as cultural background, and triggered by adverse circumstances. (Donaldson, Cavanagh and Rankin, 1997). 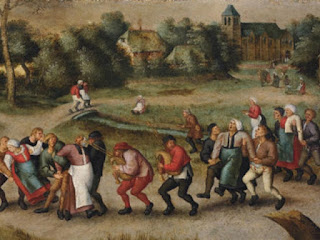 Corrupt clergy claimed baptism prevented the disease and hence, by reverse logic, claims were made the dancing plague was caused by demonic possession. Because the involuntary movements during an epileptic seizure appeared similar to dance like movement many contemporaries confused the condition but it is unlikely the dancing plague had any connection with epilepsy. 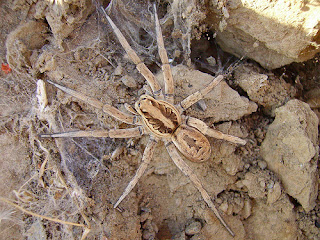 In Italy from the fifteenth to the seventeenth centuries as deforestation took place a large population of tarantulas appeared in the Apulian region. Many claimed spider bites were the cause of choreomania but due to the nature of the disease this is also thought unlikely. 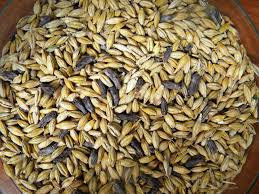 The most plausible cause was poisoning due to eating rye contaminated with a fungus, claviceps purpura. This resulted in ergot poisoning which gave symptoms such as nausea, abdominal cramps, itching, muscle pain, spasms, and visual and hearing disturbances, all of which may precede epileptic convulsions. Larger quantities of rye were consumed during periods of hardship when people could not afford meat. The Christian church was determined to stamp out old and pagan religions and would brand previous forms of worship as the behaviour of the ill and disturbed. Another reason for the Dancing Plague was a spontaneous release from the bleakness of the Middle Ages. The Church realised the danger of dancing and a council meeting in Paris (1212) declared that "dancing was a worse crime then ploughing the soil on Sunday" (Hennig, 1995).


By the sixteenth century court dancing was well established and the tune Green Sleeves was popular at this time. Green Sleeves is considered by many to be the oldest dance tune to have survived in modern times. 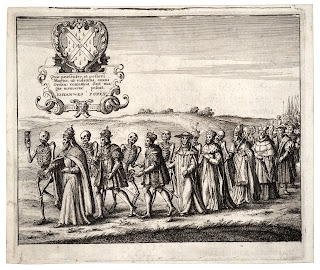 During the 14th to the 16th century in Europe there was an important ritual called the Dance of Death. The parade was led by a figure representing death and became established after the Black Death in 1373. It is thought the dance of death reflected rituals performed by primitive peoples, who had also danced to acknowledge the passing of the seasons of the year and of a human life on Earth. Other dances in the Middle Ages did the same. 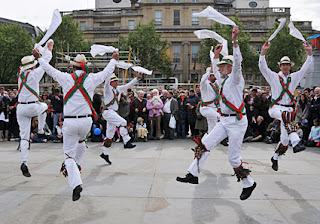 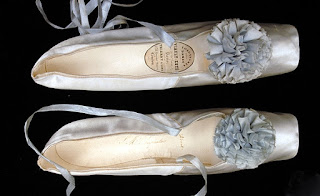 Apart from ceremonial shoes which were found in tribal dancing from North America to Australia there appears to be no special shoe requirement for European dancing until after the 11th Century in Europe where more and more social dancing became the prerogative of aristocracy.