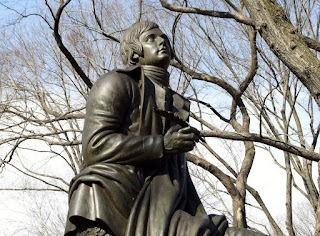 Take a wee donner through Literary Walk in Central Park, New York and you will find a statue of a man seated on a tree stump with a quill pen in one hand. The bronze figure by Sir John Steell (1804-1891) is of Robert Burns, Scotland’s most renowned literary figure. Great patriot he celebrated Scotland’s landscape with its moors, bogs and highlands in his folksongs and also reached a deep pathos in poetry about friendship, love and loneliness. The statue was gifted to NY by Scottish Americans in 1880. 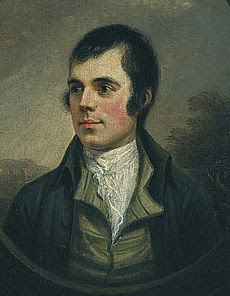 Burns might easily have become an American had fate not thrown him a terrible blow with the loss of his true love. Whilst poised to immigrate she was struck down and Robert stayed in Scotland where he became a Customs and Excise man and celebrated poet. Burns’ poetry is appreciated all over the world and celebrated on his birthday, January 25th. He was a confirmed nationalist and proud to be son of Scotia, but he was also an international socialist and person of the people. Burns works, which was extensive, contained some excellent examples of pithy wit, keen observation, rye humour and bonhomie. None more so than his Ode tae a haggis. 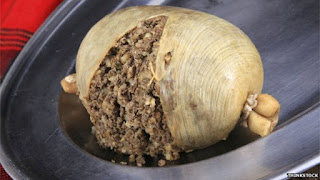 The Haggis was a popular dish during Burns' lifetime but no one is quite sure why Burns wrote of something, that might be today the equivalent of a hamburger. He penned the poem in the midst of the French Revolution; the aftermath of the American War of Independence; and in the wake the Jacobite Rising. Being an educated man, he was well aware of the need for national pride and unilateral identity of the common man and may have chosen the humble haggis as the vehicle with which to demonstrate both national pride and internationalism. The Haggis was poor man’s fair but, as a nutritional treat, it could, without pretentiousness, take pride of place on the table of kings, amidst all other international cuisine. 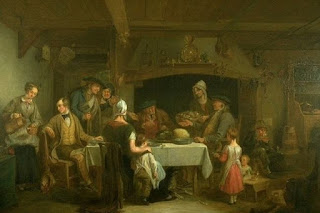 In 1785 Robert Burns was a guest at a lawyer’s dinner in Kilmarnock. The meet was euphemistically known as a haggis dinner, because haggis was the main meal. Burns was asked to say grace and instead choose to address the haggis. The recitation went done well and was later published in a newspaper. This added to Robert Burns’ popularity as poet of the people. Address to the haggis was first published in 1786 in the Caledonian Mercury. After his death in 1796, many lamented his passing and a group of his friends met to have dinner to commemorate “The Bard.” The venue was in Alloway and the fayre was haggis. Burns had a great sense of humour and would have appreciated the Toast to the Haggis being ceremoniously recited. The friends decided to make the event an annual one and held it on January 25th (Burns birthday). News spread and in 1801 the world’s first Burns Club was founded in Greenock and now they are found all over the world. Burns Night is the pinnacle social event, where tribute to the life and works and rebellious spirit of Robert Burns is celebrated. Whether formal or informal the supper includes ‘Address to the Haggis,’ ‘The Immortal Memory” (reflection on the life of the Bard), a ‘Toast to the Lassies’ and a reply from the ‘Lassies’. Interspaced with songs and poems washed down with copious supplies of whisky and haggis. 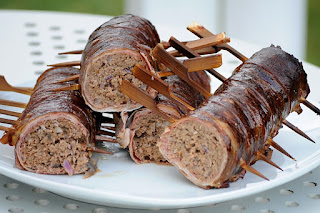 The dish is almost certainly not Scottish in origin and was known to exist in antiquity. The combination of meats, spices and oatmeal boiled in a sheep’s’ stomach is an early example of a convenience food. The etymology of Haggis is unclear and most authorities trace it to words meaning "to chop" or "to hew". There is no agreement however whether the word was borrowed from Old English haggen, French hachis or hageur (to cut), or a Norse root, such as Icelandic hoggva- and haggw-, German –hackwurst (minced sausage). 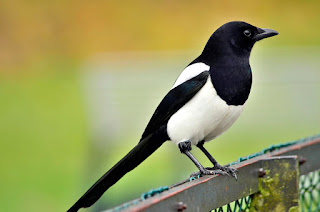 Alternatively, some believe it is derived from Old French ‘agace,’ ("magpie"). The magpie is known for collecting odds and ends, and a haggis is made up of odds and ends. The term haggis is Scottish but it remains unknown when or where the first haggis was consumed. It was however, common practice after a beast was slaughtered by the landowner for workmen to have the offal as a perk. Stomach linings provided an ideal medium to contain liver, kidneys and the offal. This could then be boiled on site and eaten. Crofters used ingredients readily available and could conveniently be packaged for travelling. Haggis may therefore have been a convenience food for workers who travelled long journeys through inhospitable hills and glens. In any event, it took until the 18th century before the dish became popular in England. Today it is considered a delicacy. 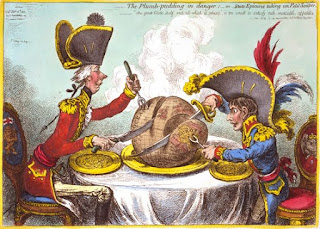 Haggis became a source of amusement for many people and represents an early example of racist humour. For centuries, the English were distrustful of their neighbours to the North and that feeling was reciprocated. After the highland clearances, much animosity prevailed and all things Scottish were lampooned in a systematic attempt to destroy the highland culture. Decried by the English, the Scots reciprocated by inventing amusing origins to belittle their counterpart’s ignorance. The myth prevails and recent surveys indicate as many as one third of the tourists to visit Scotland expect to catch a haggis in the wilds, blissfully unaware of the real origins. Something the Bard would appreciate. It took until George III (1738 – 1820) before better social relationships was cemented and by the time of Queen Victoria everything Scottish was acceptable again. 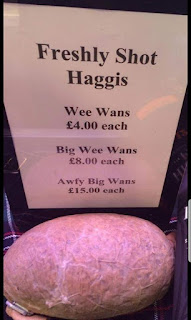 An old receipt for haggis was to boil sheep’s pluck i.e. the liver, lungs & heart of a sheep before mincing the meats and mixing them with chopped onions, toasted oatmeal, suet, salt, pepper, and spices. These ingredients were stuffed into a cleaned sheep's stomach then closed and sewn. Enough room was left for expansion caused by heat and the haggis was boiled with stock for several hours before being served with mashed potatoes (tatties) and mashed turnip (neeps). The vegetables are prepared separately. Turnips or better known as 'swedes' (in England) and 'rutabaga’ in the US. Haggis represents the largest type of culinary sausage or savoury pudding and today is made from best meats, including tripe and offal and prepared with finest oatmeal and spices which are served in a synthetic skin. All tastes are now catered for and there is even a meat free vegetarian haggis available. Food laws in certain countries prevent the traditional haggis receipts from being made and sold.

The groaning trencher there ye fill,
Your hurdies like a distant hill,
Your pin wad help to mend a mill
In time o' need,
While thro' your pores the dews distil
Like amber bead.

His knife see rustic Labour dight,
An' cut you up wi' ready sleight,
Trenching your gushing entrails bright,
Like ony ditch;
And then, O what a glorious sight,
Warm-reekin, rich!

Then, horn for horn,
they stretch an' strive:
Deil tak the hindmost! on they drive,
Till a' their weel-swall'd kytes belyve,
Are bent lyke drums;
Then auld Guidman, maist like to rive,
"Bethankit!" 'hums.

Is there that owre his French ragout
Or olio that wad staw a sow,
Or fricassee wad mak her spew
Wi' perfect sconner,
Looks down wi' sneering, scornfu' view
On sic a dinner?

Poor devil! see him ower his trash,
As feckless as a wither'd rash,
His spindle shank, a guid whip-lash,
His nieve a nit;
Thro' bloody flood or field to dash,
O how unfit!

But mark the Rustic, haggis fed,
The trembling earth resounds his tread.
Clap in his walie nieve a blade,
He'll mak it whissle;
An' legs an' arms, an' heads will sned,
Like taps o' thrissle.

Ye Pow'rs wha mak mankind your care,
And dish them out their bill o' fare,
Auld Scotland wants nae skinking ware
That jaups in luggies;
But, if ye wish her gratefu' prayer,
Gie her a haggis!

Now the translation….
Greetings, you are a superior food and are worthy of a grace as long as my arm. You fill the plate so well and look so sturdy. Your juices are as inviting as whisky. See the knife cut you, allowing your insides to flow. A glorious sight and aroma. Then spoon after spoon they stretch and strain. It is every man for himself because there will be none left for the slow ones, until all their stomachs are full and fit to burst. Is there anybody who eats foreign food who would look down disdainfully at this dinner. Poor souls, if they do. They will be poor thin creatures, not fit for anything. But if you eat Haggis, you will be strong, robust and fit for battle. God, who looks after us and feeds us, Scotland does not want food with sauce that splashes in dishes. But if you want a grateful prayer then give her a Haggis.