Plimsolls: The Godfather of Sole 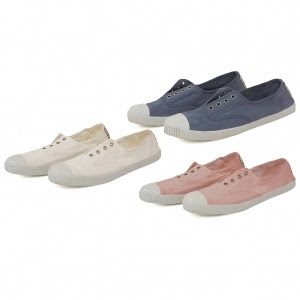 The plimsoll marked the beginning of the modern sport shoe and its origins are linked to the 19th century railways in the UK and the new habit of working class city dwellers taking annual trips to the seaside. Visits to the seashores by day-trippers in working boots seemed out of character so many chose to wear the new lightweight canvas topped rubber soled shoes because they were cheap and ideal for the sand. These were called sand shoes. 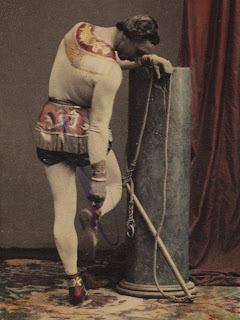 At first the cotton canvas topped shoe had a sole made from leather, jute or rope but the footwear was flimsy and wore out quickly. Then the New Liverpool Rubber Company developed a light shoe which combined a cotton canvas top to a rubber sole. Sand shoes were still vulnerable to separate so a thin rubber band was wrapped around the whole shoe trapping the join between the canvas and rubber sole. This made the footwear far more robust and the new style was called a plimsoll after the white plimsoll lines on ships which was introduced in 1876. 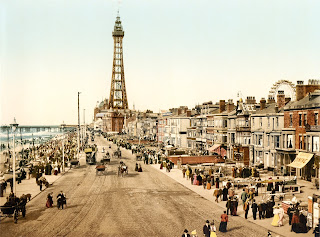 Plimsolls wore well, kept the feet cool in the summer and dried quickly after a paddle in the sea. Canvas topped plimsolls could be painted with chalk white which give the outward impression they were croquet shoes (made form kangaroo skin). White plimsolls became a fashion item for all Victorian promenaders, keen to look their best in the Madras jackets and flannels. 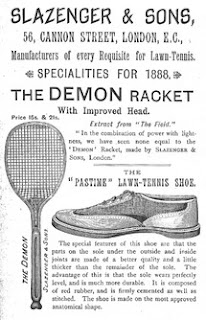 As the middle classes became more interested in leisure activities and sport, the plimsoll evolved into many other forms. When cinder and grass tennis courts were in vogue rubber soled plimsolls were used extensively. Sole patterns were added and patented to add grip and court adhesion and the new Croquet and tennis shoes did not destroy the lawn surfaces. 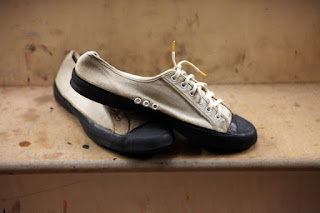 Rubber soled shoes helped soften the landing of a long jumper as well as being eminently suited for yachting. Plimsolls were openly worn by adults and children in the pursuit of sport. Soon the Services used them and ordered plimsolls in the ten of thousands all coloured to suit the army, navy and air force. Service plimsolls became a popular demob souvenir as well as becoming compulsory wear for children at school as physical exercise (gym) became an accepted part of the formal curriculum. 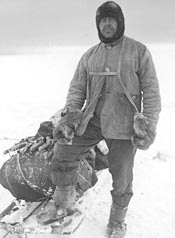 Plimsolls were found with Scott on his Antarctic expedition (1901-1904) as well as at the first Paris Olympics (1924). As time passed the plimsoll was further developed to meet requirements of both major and minor popular sports. A simple rubber strip was used as a toe box to stop the big toe nail appearing through the canvas. This also stopped the weakest part of the upper from abrasion in those sports where the foot was dragged for balance. 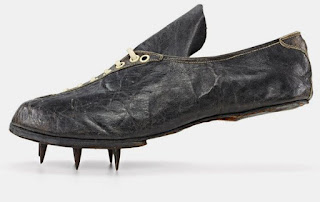 Leather studs were used in the football codes then the hockey boot incorporated moulded studs into the rubber sole. The cycle shoe was easily adapted to speed running by the application of metal spikes to the area of the sole under the ball of the foot. Spikes gradually grew longer and longer until they were approximately two inches long. These could be adjusted to suit the ground conditions. When foam rubber was invented in-socks were applied to the shoes adding to the comfort.

Later in the 50s man-made fibres became available and the plimsoll and sneaker merged to become the trainer shoe. The development of synthetics materials had a profound effect on the sports shoe. Hard, durable nylon soles provided lightweight, flexible and capable of supporting studs for football and spikes for athletics. Cellular foams increased the fit and comfort. 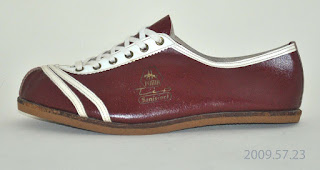 The trainer had a two colour finish, low heel, rippled sole without an instep. It was used by the athletes as warm up and training footwear and first made its appearance at the Melbourne Olympics, 1956. The use of contrasting colours for reinforcement areas gave the training shoe its distinctive characteristics. Since then the trainer has became a fashion item, no longer restricted to sports’ persons, and worn by all in society.