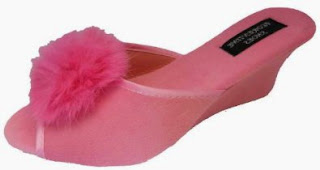 At a loss what to get for you paramour this Valentine’s Day? Then you might like to think slippers. Oh we have heard all the nonsense about sexy heels and the like but a quick review of the history of the humble slipper will leave you blushing. Slippers were always house-shoes and to tell the truth, the footwear of the boudoir. The term slipper was first recorded in English in 1478 and described a slip-on shoe that barely covered the foot and was worn for ease. Now there are many different varieties including backless slip-ons; boudoir slippers which were like mules sometimes with a heel; carpet slippers – a house-shoe made of carpet type material; and fuzzies – a slipper lined with fleece or shearling. Throughout history slippers were associated with wealth, prestige and intimacy. In Dutch, the word slipper is used in its diminutive form 'slippertje' and denotes an amorous affair which a married person 'slips' into. Slippers cause shuffling which makes the old gluteal muscles wobble – very sexy. 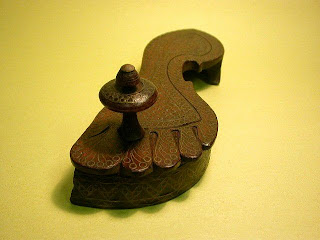 In ancient Asian and Oriental Cultures taking off their shoes was a condition of crossing the threshold of a dwelling, donning slippers became a social custom. Then there were two styles of slipper: one had a small toe post which fitted between the first and second toes; and the another had cross-shaped leather upper (similar to a mule). In some provinces the slippers were red. European slippers were made from sumptuous materials such as tapestry, soft leather or velvet. 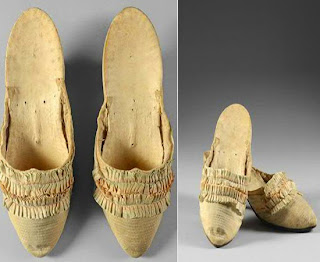 By the 16th century ladies and men’s’ slippers were worn either as small platforms or with heels. The more flimsy the slipper and sumptuous its make up indicated breeding and wealth. Marie Antoinette (1755 – 1793) had a wardrobe full of precious slippers (500) most of which were only ever worn once. 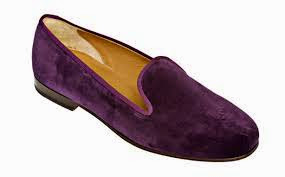 By the nineteenth century tissue thin kid or luxurious dress silk slippers were worn to grand balls by the aristocracy and became the precursor of modern dancing shoes. During the La Belle Epoque, Parisian aristocrats would sip champagne from a lady’s slipper – very sexy. The Albert Slipper was the preferred footwear of Victorian gentlemen and typified by Sherlock Holmes. The backs of the slippers were closed and made from light bright coloured leathers. These were associated with smoking which was a preoccupation at the time. The typical Albert slipper was a velvet slipper with plain leather sole and quilted silk lining. This may be worn with a smoking jacket or black tie. 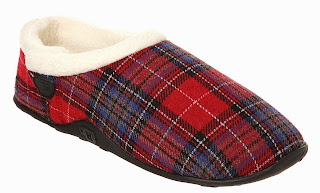 The Scots’ word for shuffle is ‘bachle,’ and was often used in a derogatory sense to describe ‘the underclass.’ When slippers became passé and were seen to be worn by the lower classes (usually because that was all they could afford) slippers in Scotland were called "baffies." This is a term thought to derive from ‘bachle,’ and rather like Ugg boots in Oz, slippers were condemned back to the house where they remain to this day. 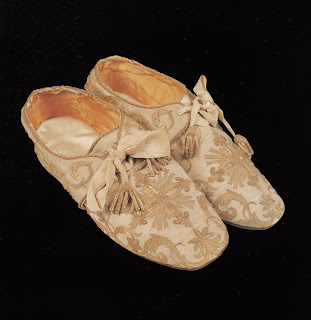 None the less ever since the Emperor Constantine presented a pair of embroidered purple slippers to Pope Sylvester (4th century AD) flat soled slippers of brocade silk or velvet has long been the preferred foot attire of the Episcopal hierarchy. The present Pontiff, Pope Francis broke tradition and wore black shoes instead of the ancient practice of wearing red shoes. His predecessor Pope Benedict brought back age-old Vatican customs and wore red shoes to commemorate blood of martyrdom. Since the 16th century, slippers were handmade in red satin and embroidered in gold thread. Benedict wore ruby-red shoes custom-made by Antonio Arellano, his personal cobbler at Gammarelli and another pair by Adriano Stefanelli. Pope John Paul II also discontinued tradition when he wore cordovan brown leather loafers from his native Poland.

Footnote
So, if you are to romance inclined this Valentine’s Day, think feet and think slippers.