A brief history of shoe horns 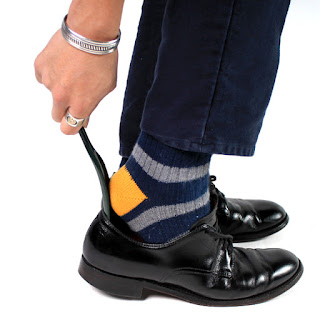 'Shoe horning,' is an act of coercing or pressuring an individual into a situation which does not leave them much choice in the matter. Like many other terms relating to footwear, which pass into the language they take on a new meaning. All of which begs the question what is a shoe horn and more importantly, where did they come from. 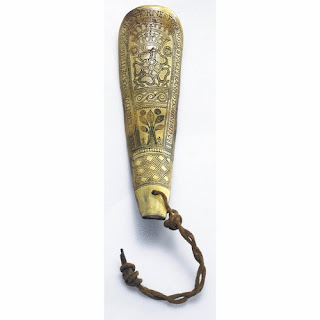 Shoe horns (sometimes known as a shoe spoons or shoeing horns) have a mysterious past and no one knows where they originated but they were certainly in daily use by the fifteenth century. Reference to them appears in the literature of the time including a poem entitled "A Shoemaker's Verse Testament" (c.1475-1500). The shoemaker is making plans to leave his possessions to his son, one of which is his shoe horn.

Original shoe horns were probably carved from horn or bone as whittling was common craft among agricultural people in the Middle Ages. Everything then was put to good use but it is rather unclear whether the items were made for the convenience of the family or more likely sold at market. Shoes in the Middle Ages were expensive and ordinary people either went barefoot or wore rough shoes, clogs or homemade boots making the need for a shoe horn minimal. 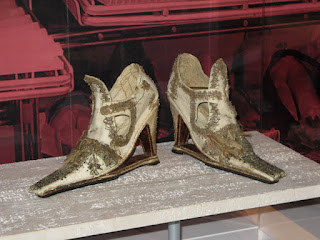 Rich people could afford bespoke footwear and were more likely in need of shoe accessories such as a shoehorn. The fashion for tight shoes worn by the wealthy Elizabethans may have bolstered the market for well crafted shoe horns.

By the 16th and early 17th century neat fitting shoes (shoe corsets) were all the rage and the well turned shoe horn was an essential accessory for Dandy and lady of the time. These were made in silver, tortoiseshell, brass, whalebone, wood and ivory among many other materials. As the known world expanded so too did the range of materials used to craft shoe horns. With the expanding colonies the need to pack a sturdy shoe horn was essential kit for the well prepared settler.

The fashion for button boots brought with it the need for button hooks. These were handles to help fasten the ornate footwear. Shoe horns and buttonhooks were closely connected and often bought in sets. Many Victorian shoehorns began carrying advertising messages or slogans which were used as promotional gimmicks. Buttonhooks stayed popular up until the First World War but had almost disappeared by the beginning of the Second World War. 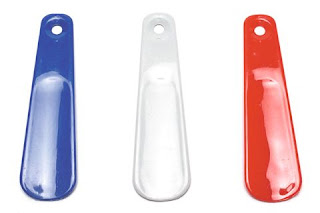 Shoe horns continued to be made but as the plastic industry took off after the war most were now produced in plastic. The demise of the shoehorn mirrors the rise in popularity of fashionable casual footwear and whilst they are still manufactured they are no longer produced as crafted artifacts. This of course has made old shoe horns very collectable. 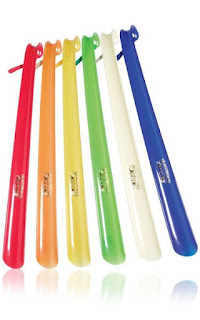 The modern shoe horn comes either as a long-handled model to reduce bending and straining or standard size with a built up grip for better handling.