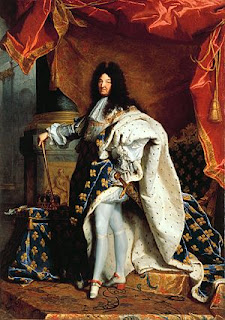 From the days of antiquity, the right to wear shoes was a privilege only afforded to the free and affluent. Whilst there were several attempts to limit excesses, the dress code for footwear was simple, rich people wore them and ordinary people went without. Colour and styling, including the height of shoes, became the discernible means of class distinction and this was reflected in many cultures. The need to preserve class distinction coupled with clerical conscience would seem to have been the two main motivations for sumptuary laws governing shoes. 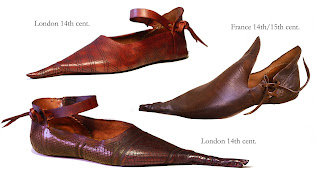 Whilst the fashion for long toed shoes lasted four hundred years they were not always in vogue. The restriction in length of shoes was at first to discriminate "the haves" from "the have nots", then to quell the reappearance of the worship of the phallus. 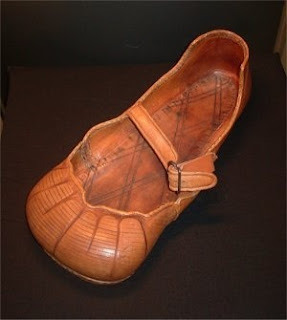 Shoe fashion did change and by all accounts pretty rapidly at the beginning of the 15 century. Many experts believe this had nothing to do with legislation but more to do with the news of a high profile assassination. Alarm was raised when the victim could not escape his attackers because he was wearing long toed shoes. Others believe it may have been due to the birth of the heir apparent to the Spanish thrown who had polydactylism (extra toes). The risks following surgical removal of the extra toe would have presented with many complications and it was much easier to change the fashion to broad toed shoes. Credible enough reasoning perhaps, but unlikely to explain the quick transition from long toed shoes to broad shoes (Bear’ Paws). An all together more credible explanation would be the presence of disease which would necessitate accommodating painful feet. 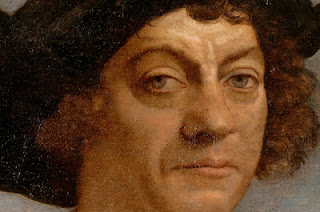 History records a more virulent form of syphilis was spread throughout Europe after the return of Christopher Columbus from the New World in 1493. One of the outcomes of tertiary syphilis is Charcot feet. This is a very painful condition and feet ulcerate due to undue pressure. The presence of syphilis in the courts of Europe and sequestrate would be a more satisfactory explanation for the swift change in shoe style. 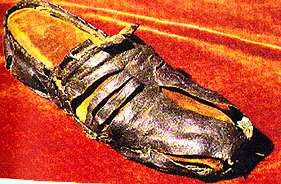 Bears' Paws were fashionable with the affluent and in the spirit of zeitgeist celebrated the Cult of the Virgin Mary with reference to the female genitalia in the form of delicate slashing of the upper. Eventually Queen Mary (1516 - 1558), keen to comply with the wishes of the Catholic Church banned broad toed shoes from England and her dominions. 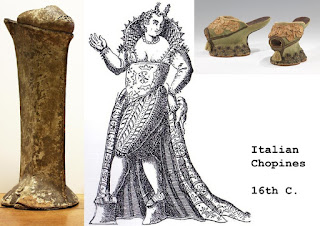 The platform shoe, popular with the women from Venice and Florence were eventually legislated against because of the number of accidents reported by ladies falling over. It is thought the term ‘miscarriage’ refers to the fall from the chopines and not specifically pelvic complications. 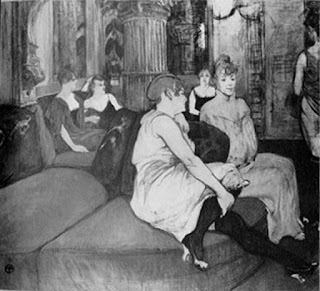 During the Victorian era high heels became closely associated with sado-masochistic eroticism. This was promulgated in no short measure by the introduction of still photography, then cinematography. The high heeled shoe became the symbol of a Jezebel. During the last century attempts were made at times of national emergency i.e War-time Rationing, to control heel height through rationing. Rather than reduce interest in heeled shoes this is likely to have been the reason for their continued popularity. 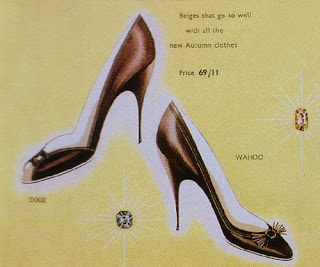 Despite the absence of official sumptuary law to curtail the heights of the shoe, subsequent to the introduction of the stiletto heel, free access to privately owned public spaces has been restricted by dress codes. Just to keep a balance the same dress codes apply to thong wearers and barefoot persons.