Whatever happened to the espadrille?

Espadrilles (or jute soled shoes) are traditional canvas topped shoes made originally with soles from esparto grass, then hemp and later jute. The insulating properties of the grass soles protected the feet from cold, humidity and heat. Were worn all year round and made as a form of cottage industry in Catalonia and the French and Spanish Basque regions. 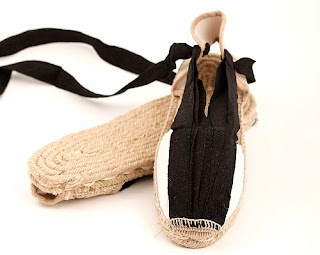 In the 14th century each town gave their espadrilles a unique signature. This might be a wider ribbon, a thicker sole ; or extra criss-cross at the back of the ankle, these regional varieties are still recognised and proudly worn at town festivals.

Mainly a peasant shoe the Espadrilles enjoyed a Renaissance in the glamorous 30s and 40s when artisans such as Salvator Dali were seen wearing their white canvas shoes. In 1930, a good pair of espadrilles would cost two Spanish pesetas, (approx one cent US). 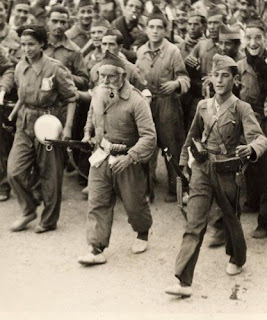 During the Spanish Civil War (1936 - 1939), Republican soldiers were supplied with several pairs of espadrilles because they were cheap and serviceable. The sandals were considered so important to the army, factories were nationalised in 1938. When changes in local economy saw farm labourers move from the country to the factories in the towns and cities the demand for espadrilles fell and by the end of the fifties many of the local factories had closed. Those that survived continued to use the same jute braiding machines.


By the 60s, the once peasant shoe was selling well again this time to holiday makers to the Spain. When Yves Saint Laurent was asked to design a red satin pair of espadrilles with gold satin ribbons in a 2-inch wedge for a fashion show, once again the shoes caught the attention of the fashionista. 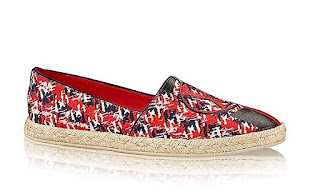 More designers such as Christian Dior, Armani and Louis Vuitton took interest and there was a brief renaissance during the 80s when fashionable espadrilles again enjoyed vogue. 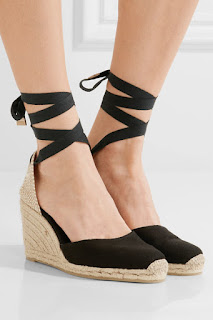 The Castañer factory has been in operation since 1927 and now creates luxury, high-heeled espadrilles for 15 designer labels, including Lanvin, Hermès and Christian Louboutin. Currently there are 17 Castañer boutiques in Spain, France and Japan. Their best seller “the peasant,” has sold eight million pairs alone. Castañer is held as a leading example of how a family-run Spanish shoe-making business can capitalize on traditional craftsmanship to carve an international niche.