Something the shoe police don't tell you about high heeled shoes 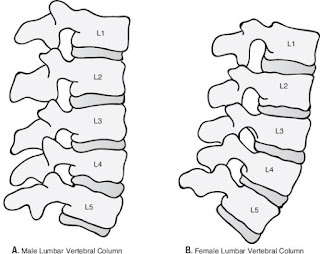 According to scientists one of the key differences between males and females is women have the ability to adjust their centre of gravity due to anatomical differences in their lower back vertebrae and hip. Harvard anthropology researches discovered the lower lumbar vertebrae in women are wedged-shaped whereas in men they are more square shaped.

The female hip joint is also 14 percent larger than males when body size is taken into account. These slight but important differences make significant impact on a woman’s ability to carry an additional and growing load without adversely affecting the spine.

Close examination of fossil records of human ancestors dating back to the oldest spines found (carbon dated to over 2 million years ago) confirm this gender difference. According to the Harvard researchers, bipeds evolved to accommodate pregnancy on two feet. 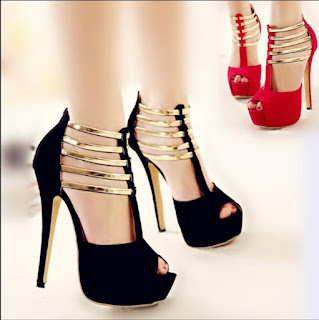 By chance the same difference in female pelvic anatomy may account for the reason why adult females can wear higher heeled shoes without necessarily damaging their spine.

Labels: Evolution of the female pelvis