What are bunions and how common are they? 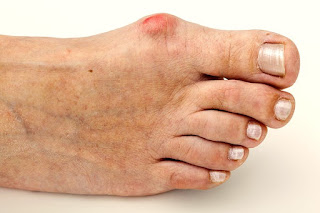 Bunions are commonly involved when people complain of sore feet. These are frequently associated with wearing tight fitting high heeled, fashion shoes, but how prevalent are they really? 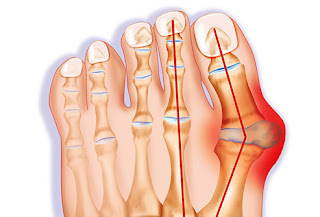 Bunions describe a bursitis ( an inflamed sac) which appears over the bony prominence referred to as Hallux (abducto) Valgus (HAV), This presents on the frontal plane deviation of the first metatarsal bone which drifts towards the mid-line of the body as the great toe (hallux) becomes abducted (moves to the outside of the foot). The clinical definition of HAV is a when the big toe is deviated laterally more than 10 degrees. 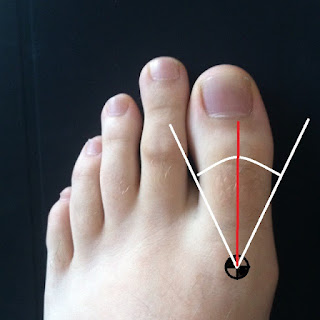 The first metatarsal phalangeal joint is a di-plane which has a range of motion in two planes i.e it can move from side to side (adduction and abduction) on the Transverse plane : and it can move up and down or dorsiflex and plantar flex on the Sagittal plane. 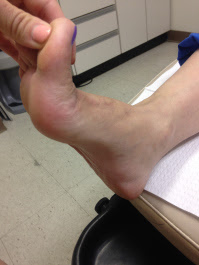 When the main pivotal joint of the foot rotates on its own access it becomes partially dislocated (subluxated) causing the hallux to rotate on the Frontal Plane. The compromised di-plane joint is forced to operate on all three planes and frequently leads to damaged articular surfaces of the metatarsal phalangeal joint. 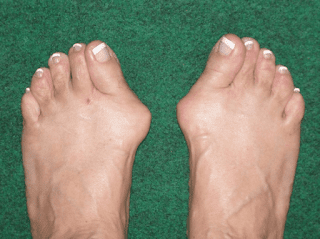 The most obvious deformity is a protruding prominence corresponding to the first metatarsal head. The pathological process involves broadening of the forefoot which sometimes resulting in the formation of painful bunions caused by repeated sheer against restrictive footwear. In more prolonged and severe cases, wear and tear (osteo-arthrosis) within will permanently damage the joint's integrity. 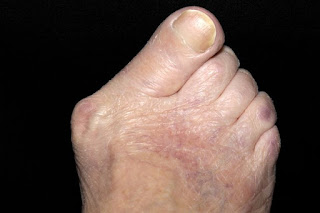 Some published studies cite over 90% of the population had HAV but much less reporting painful symptoms, this has led some authorities to believe asymptomatic HAV is more normal than has previously been accepted. According to the published meta analysis despite the frequent mention of HAV in a diverse body of literature, it still remains difficult to be a precise on prevalence within the population. The report findings suggest women were 2.5 times more likely to suffer from partial dislocation of the great toe than men and painful HAV was more likely to occur in women and with increasing age.