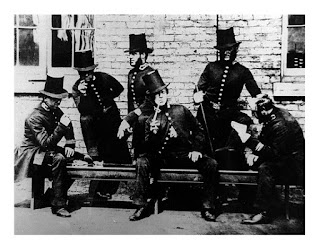 Sir Robert Peel advocated the creation of the London Metropolitan Police Force in 1828. Early officers were referred to as 'Peelers,' or 'Old Bill.' In 1844, the term 'cop,' to describe a policeman first appeared in print, and the suffix ‘er’ was later added in 1846, to describe one who apprehends i.e. a copper. Cop, the noun, was a shorter form of copper. 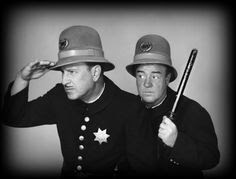 There are many theories as to the origin of the term ‘cop’, meaning policeman. Most refer to the copper badge (or buttons) worn by early New York policemen, whereas others cite the acronym for "constable on patrol." Neither is true nor is the colloquialism due to the copper toe tips worn on the boots of some early policemen in the US (Rossi, 2000). The slang verb, ‘cop’, meaning "to get a hold of, catch, capture,” was first used circa 1704. Most authorities trace it to the French caper and before that to the Latin capere, to seize, or take. Other English words derived from capere include capture. An alternative theory is that to cop comes from the Dutch 'kapen,' meaning to take or to steal. During the Prohibition Years (1920 -1933) Cops had to keep an eye on Flappers.


The term 'flapper' to describe a young emancipated girl was common in the 1920s. Typically a flapper wore bright red lipstick with hair bobbed. Hemlines rose as Victorian corsetry was discarded and according to Rossi (2000), flappers wore unbuckled overshoes so when they walked the buckles flapped loudly. 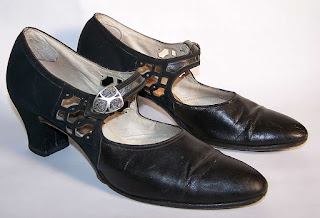 Flappers' behavior was considered outlandish at the time and redefined women's roles. The 20s flappers went to speakeasies (a defiant act during US Prohibition) drinking and dancing provocatively to jazz music.


They defied convention publicly smoked cigarettes usually through long holders. Flappers dated freely and indiscriminately, often participating in popular kissing games and Petting Parties. Necking or mushing parties involved "making out" as a form of intimate foreplay, but the the kissing and fondling always stopped before intercourse 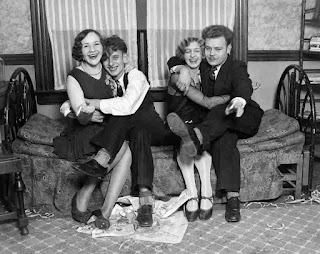 By 1926, the flappers had became so popular they became a universal symbol of post-war freedoms and Victorian repression of women. 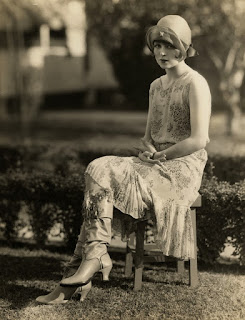 The origin of the term flapper is unclear but may come from Victorian sporting slang for a young wild-duck or partridge flapping their wings while learning to fly. Other suggested sources include: "flap," a young woman of loose character, used in 17th century slang for a prostitute; or late 19th century Northern English slang for a teenage girl too old to be a child and too young to be considered an adult. In Victorian society a 'flapper', would be a young lady not yet permitted to wear long frocks or her hair 'up.'" 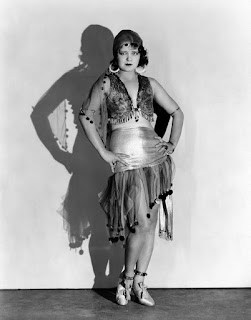 The word appeared in print in the United Kingdom as early as 1903, and by 1920 it clearly meant any young woman of a pleasure-seeking disposition.

Labels: Cops and Flappers – their origins