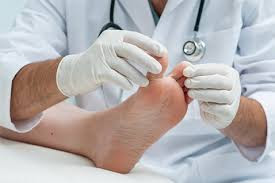 To the uninitiated podiatrists are classified as second-class citizens in the medical world. However foot men and women play a particularly vital role in improving the quality of life and preventing amputations in those living with life style disease, such as diabetes. The incidence of diabetes is now endemic in the over 45s, across the globe. Obesity is considered the primary culprit for the boom in cases of type 2, or adult-onset, diabetes. As the numbers rise, so too does the need for early treatment, especially of foot sores or ulcers that can quickly become life threatening . 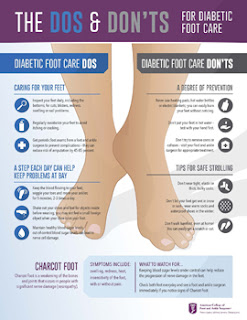 According to recent research , published in the AJMC Managed Markets Network, approximately 200,000 non-traumatic amputations occur each year. African Americans are 4 times more likely to experience diabetes-related amputation than whites. In the United States, every 17 seconds someone is diagnosed with diabetes, and everyday 230 Americans with diabetes will suffer an amputation. it is estimated every 30 seconds a leg is amputated with 85% the result of a diabetic foot ulcer. 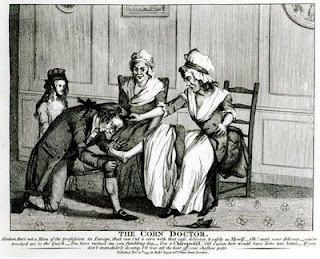 In most countries podiatrists have a range of legal practice which includes not only general medical foot care but also open surgery on the foot and ankle. Licensed practitioners may use the honourary title of doctor, but the majority have not completed an M.D. training at a recognised medical school at university. Traditionally chiropody was a craft and corn doctors served a 'sitting with Nellie' style apprenticeship. To elevate the profession above quack practices, chiropodists in the United States formed a set of private colleges with a doctorate curriculum early in the twentieth century. Similar changes were mirrored elsewhere e.g. the UK and Commonwealth. As medicine grew in respectability (thanks mainly to two world wars), doctors training was taken into publicly funded universities whereas chiropody/podiatry training in North America only took place in privately owned colleges. This is no longer the case, but it took many decades for podiatry to become part of the university system in North America. Both professions (medicine and podiatry) use the title doctor, but this is a professional courtesy title only. Most MDs (Medicinae Doctor) hold a Master's degree although some physicians will have completed academic doctorate (PhD). By contrast podiatrists hold an honours degree, but many also complete Masters level education and some academic doctorates. 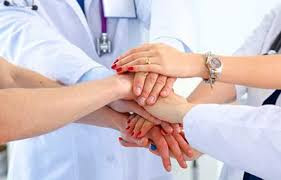 Podiatrists (foot physicians) are now on a par with M.D. training standards and have a skill set specifically and extensively in the diagnosis and treatment of all manner of foot and ankle conditions. Their training encompasses all of the intricately related systems and structures of the foot and lower leg including neurological, circulatory, skin, and the musculo-skeletal system, which includes bones, joints, ligaments, tendons, muscles, and nerves. General acknowledgement across the health care community globally, further promotes better understanding between professions and a more collective and cohesive approach to health care, which means better inter-professional collaboration. 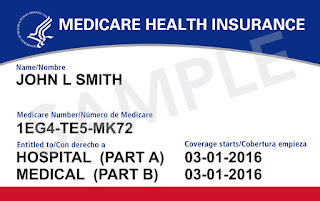 A common misconception shared by many in North America is medical insurance (Part B) under Medicare covers only surgical procedures, and not medical care or routine foot care. under certain conditions. However, Medicare will cover certain foot care procedures that are generally considered to be routine--e.g., cutting or removal of nails, calluses or corns, when they pose a hazard if performed by a non-professional person in the case of patients with a systemic condition that has resulted in severe circulatory problems or areas of desensitization in the legs or feet. The Medicare manual also states, "Services ordinarily considered routine are also covered if they are performed as a necessary and integral part of otherwise covered services such as the diagnosis and treatment of diabetic ulcers, wounds, and infections." Treatment of many diabetic foot conditions, both medically and surgically, is therefore covered by Medicare. medical insurance (Part B of Medicare) helps pay for the services of podiatrists and other doctors, out-patient hospital services, medical services and supplies, and other health care services. Health care systems in the United Kingdom for example provide free care to diabetics within the public health sector. Other countries such as Australia will allow limited free care.

Great stuff was really looking for something like this keep up the good work and keep coming up with such great articles through which a lot of knowledge could be gathered, I really enjoyed reading your article a lot. useful link