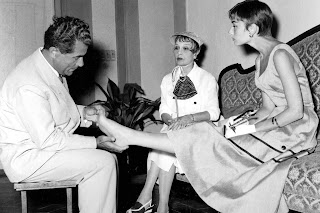 There are several master craftsmen make claim to being the shoe maker to the stars and from the early years of Hollywood the crown of Salvatore Ferragamo has been shared by many. In 1914, the sixteen year old came to the United States from Italy and worked at a cowboy boot factory in Boston. He soon moved to California, and began making shoes and boots for the film industry using the traditional techniques he had learned as an apprentice in Naples. The gliterati was so impressed with the costume footwear they wanted him to make them their own custom shoes. Thus began his reign as “The Shoemaker to the Stars”. 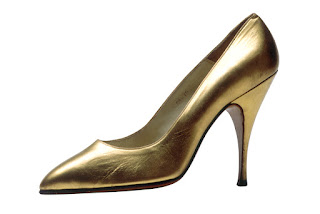 As Hollywood's most famous shoe designer, Salvatore Ferragamo created some of the most legendary shoes ever to feature in film. To perfect his designs he studied anatomy at The University of Southern California and made custom wooden lasts in the shape of the foot of many of his regular clients. 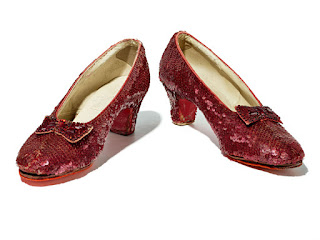 The Ruby Slippers are the most iconic pair of slippers associated with Hollywood films and were made for Judy Garland, in the 1939 film The Wizard of Oz. The shoes were created by Gilbert Adrian (1903-1959), MGM Studios’ chief costume designer at the time. 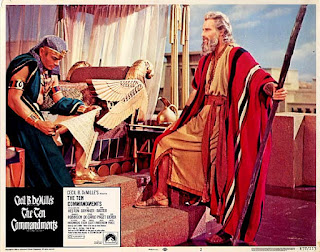 Another contender was Willie Rivera, who made Charlton Heston sandals in the 1956 classic film The Ten Commandments. Rivera started was working at Western Costume wardrobe house. After he repaired a pair of shoes for Fred Astaire, the actor was so impressed, he had Rivera make his own personal shoes. Like Ferragamo, the Mexican shoe maker started to learn his trade when I was 13 years old. When he left Western Costume to start Willie's Shoe Service, Paramount Studios switched their account. 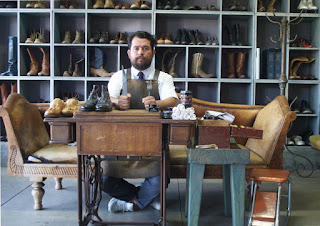 When Rivera was thinking about retiring and closing the shop, he met a young man named Raul Ojeda. Ojeda and his brother were working as shoe shiners in Century City. Ojeda became an apprentice and gradually worked his way up the business until he now lays claim to being shoemaker to the stars. 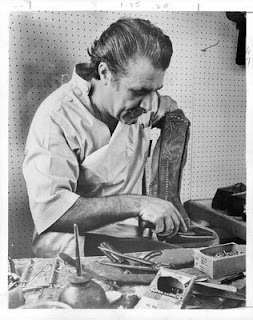 Pasquale Di Fabrizio was born in 1926 and served in the Italian Army and Police Force before making his way as a shoemaker. He came to the US and established himself as “The Star’s Shoemaker.” His clients included: Cary Grant, Dean Martin and Frank Sinatra, Pasquale Michael Jackson, former US President Ronald Reagan, Arnold Schwarzenegger, Robert De Niro, Elizabeth Taylor, Madonna, Sharon Stone, Whoopi Goldberg, Robert Downey Jr, Danny DeVito, Richard Gere, Nicole Kidman, and Hugh Hefner among many others. 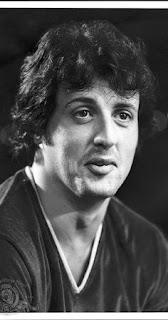 A common request from the male glitterati has been for shoes with lifts i.e. ‘elevator shoes.’ Di Fabrizio made all the shoes for Sylvester Stallone’s “Rocky” series and added almost 4 inches to Stallone’s height. He also designed a special pair of shoes to help Danny DeVito’s limp as the Penguin in Batman Returns. 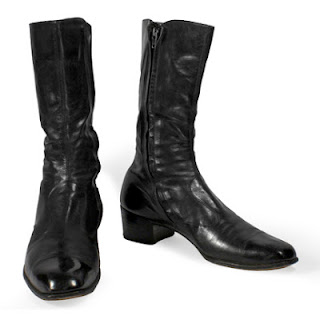 Frank Sinatra wore Di Fabrizio’s boots during a number of live performances between 1976 and 1981. At one time Pasquale Di Fabrizio was commissioned by the Smithsonian Institution hired to repair an original pair Dorothy's shoe from "The Wizard of Oz." 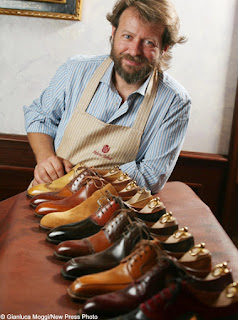 Stefano Bemer began his career in the small town of Greve-in-Chianti, in 1983. He started as a shoe repairer before moving to Florence to learn shoe making. Soon he established himself as cobbler and shoe maker to the Italian nobility. 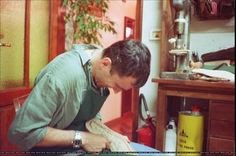 In 1999, Daniel Day-Lewis reversed the trend and the Hollywood star spent ten months under the expert guidance of Stefano Bemer learning to become a master shoe craftsman.