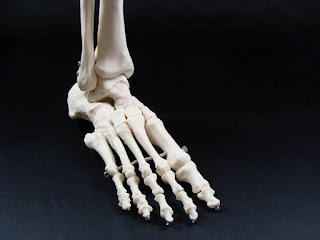 Sex differences in foot morphology have important applications in forensic anthropology. Studies have shown men have longer and broader feet than women for any given stature. In addition, male feet differs from female feet in a number of shape characteristics, particularly at the arch, the lateral side of the foot, the hallux and the ball of the foot. Anthropometric studies have recorded significantly larger values for various dimensions of the foot in males than in females. Dimensions of the human foot can be used for the determination of sex and stature of an individual in forensic investigations. This is especially important in cases when the common skeletal elements used to assess sex are absent or damaged. What may appear to the layperson a simple task is very complex and experts have developed several ways in which to discriminate gender including a foot index. The formula involves dividing the foot breadth by foot length then multiplying it by hundred. 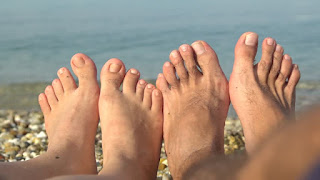 On average the foot index is slightly higher in females in the right foot and males in the left foot. Despite apparent foot length and foot breadth showing significant sex differences, critics believe sex determination cannot be made conclusively from the foot index. 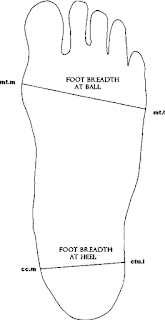 The heel–ball index of the human foot is the ratio of the maximum breadth of the heel multiplied by 100 and divided by the breadth at the ball region.. It has been shown that the index shows sexual dimorphism, as it was found to be greater in females than males. This index is used as a tool for sex determination in forensic and medico-legal examinations of human remains as well as a new trait in studying the population variability in biological anthropology. This method has proven useful but not full proof.

Another method involves careful measurement of the calcaneus (heel bone). Measurements include maximum length, load-arm length, load-arm width, and posterior circumference of the bone. Using a discriminant function, based on all four variables, the overall cross-validated classification rate of 86.69% was established. In studies females were classified correctly in 88.64% of the cases and males were correctly classified in 84.75% of the cases. This method too has proven useful but is not foolproof. Other anthropodmeric studies have also found different patterns of morpological variation of the calcaneus and cuboid can also be used to discriminate gender. 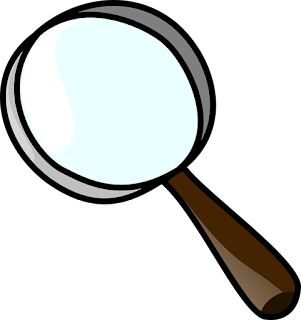 The structure of male and female feet differs significantly and there are small biological differences between the sexes when it comes to foot structure. Forensically the right side of skeletal remains is more likely to provide useful data and the seven bones of the tarsal region (talus, calcaneum, cuboid navicular and the three cuneiforms) can reveal much about sexual dimorphism.