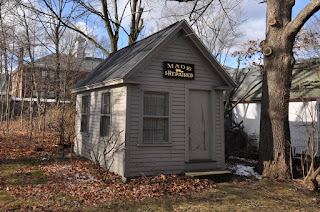 In the late 19th century, Lynn, Massachusetts was the shoe capital of the world. Historians have a shoe ledger which dates back to 1623 indicating shoes were made in this region of the US. Lynn during the colonial years was littered with Shoe Shop–Doucette Ten Footers (10 foot by 10 foot shacks), where artisan shoemakers practiced their craft. Production in these early days was low by today’s mass production but these shoes were hand crafted. 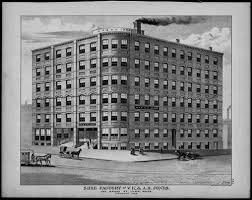 As the Industrial Revolution took hold shoemaking moved from small shops to factory floors and the introduction of new technology increased from five shoes per day to 50 pairs. Cutting and shaping the leather, piecing eyeholes, as well as producing the heel and soles were all mechanised. The only aspect of shoe making which required intensive manpower was lasting. Artisans still had to hand stretch the leather upper over a last and nail the leather to the insole. This created a bottleneck on the assembly line but was considered too intricate a task for any machine.

Then Jay Matzeliger invented a lasting machine which would revolutionise the shoe making industry. Matzeliger was born in Africa to a Dutch engineer father and a Surinamese slave mother. When he arrived in Lynn in the 1870s, he was a consummate shoemaker but spoke little English. He spent endless hours watching lasters work before the talented amateur engineer came up with a prototype lasting machine. After five painstaking years, his obsession paid off and in 1883, Matzeliger finally obtained a patent for his lasting machine. His invention was finally unveiled and demonstrated on May 29, 1885. Factory production jumped 1500 % per day and the cost of a pair of shoes made in Lynn dropped in half. Within a few years, Lynn became the undisputed shoe capital of the world. Two hundred and thirty four (234) factories churned out more than a million pairs of shoes each day. Sadly, Matzeliger would never fully enjoy the spoils of his success and died of tuberculosis aged 36. Shoe production in Lynn waned through the 20th century and the Great Depression devastated the shoe making industry hard. The last remaining shoe factory in the city burned to the ground in 1981.