From Greaves to Spats : A potted history of leggings 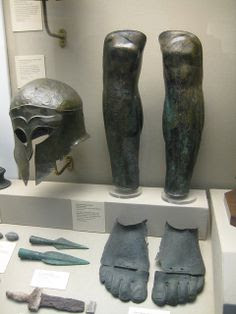 In antiquity, soldiers wore a piece of armour called greaves (Old French greve "shin, shin armour" and from the Arabic jaurab, meaning stocking), to protect their shins. The vulnerability of the tibia and fibula meant warriors required extra protection and greaves had a metal exterior with an inner padding of felt. The felt padding was important because, without it, any blow would transfer directly from the metal plating to the shin, rendering it useless. Military greaves (Demi greaves) disappeared circa the ninth century, only to reappeared in the second quarter of the thirteenth century. 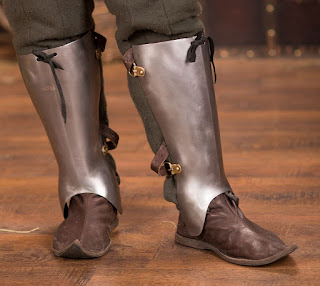 In the fourteen centuries, many soldiers wore “closed greaves”, to protect their entire leg. Closed greaves were made of two plates joined on the outside by hinges and fastened with buckles and straps on the inside. 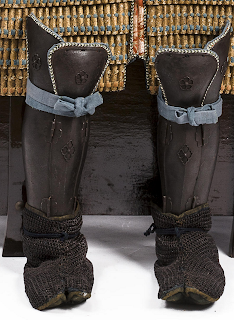 In eleventh century Japan, warriors wore suneate, (three plates of metal covering the shin). Later during the Muromachi period (1334 – 1572), suneate became a splint mounted on a piece of fabric with mail in between the metal splint and fabric, termed shino-suneate. Most suneate contained leather padding on the interior to reduce the impact of blows and to reduce chafing. 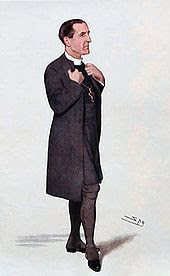 Church of England bishops and archdeacons wore Clerical gaiters until the middle part of the twentieth century. The vesture was practical, since many of the higher clergy rode horses to various parts of a diocese or archdeaconry. In latter years, the clothing took on a more symbolic dimension. Clerical gaiters were made of black cotton, wool, or silk, and buttoned up the sides, reaching to just below the knee where they would join with black breeches. 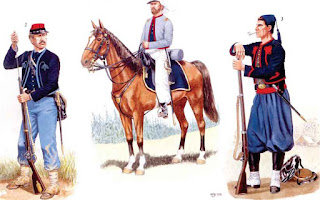 By the 1700s several European nations had made gaiters a part of their military uniform. Gaiters were also called spatterdash because they protected their wearer from spatters and dashes of muddy water in the street. The military continued to protect the lower leg with leggings to keep dirt, sand, and mud from entering footwear, and to provide a measure of ankle support. The infantry of various nations, wore them, including The Zouave infantry regiments, They wore jambieres (derived from the French word jambe for legs, hence leggings) as part of their uniform and Indian soldiers, wore Patti (Hindu name for a bandage or roll of cloth). The British and US troops in the First World War wore puttee or wide bandage leggings to protect their shoes, hose, pant leg from mud splashes. 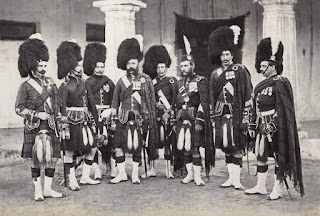 The French infantry wore white spats for parade and off-duty wear until 1903. Italian soldiers wore a light tan version until 1910 and the Japanese Army wore long white spats or gaiters during the Russo-Japanese War of 1905. For Highland regiments in kilts, spats reached halfway up the calf and for the Lowland regiments in trews, spats were visible only over the brogue shoes. Spats continue as a distinctive feature of the Scottish dress of Highland pipe bands, whether civilian or military. Most regiments of the modern Indian and Pakistani Armies wear long white spats into which trousers are tucked, as part of their parade dress. Spats are still used as a traditional accessory in many marching band and drum and bugle corps uniforms in the United States. 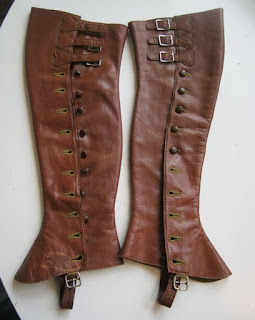 As women’s dresses failed to protect delicate shoes and fragile stockings from mud and water splashes; and breaches gave no protection whatsoever. Spats, remained popular for both men and women for several centuries. Gaiters were originally made of leather and used by equestrians. Half chaps (horse riding gaiters) continue to be made of leather and protected the leg from wear by the stirrup leathers and other saddle parts. 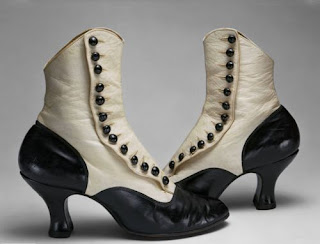 In the 19th century Spat Boots became fashionable. These were fashionable button boots with a leather upper below the ankle and a cloth top around and above the ankle. Upper and lower portions of the boots were worn with contrasting colours and materials. They became less popular in the early part of the 1900s men as boots became fashionable. By 1910, shoes made a comeback in style for men, and a kind of shortened spat became a required part of the gentleman’s attire. 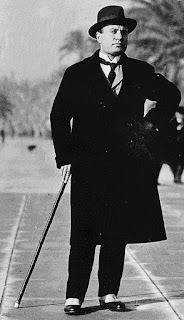 Gentlemen’s white spats became de rigeur in the early 1920s, and considered the signature of elegance and privilege. Spats came to represent both wealth and eccentricity, or both. Spats were made in fashionable colors, which had names like dove (gray) and biscuit (off-white), and were made of heavy canvas in the winter and linen in the summer. The belle figure wore spats with a tailored vest, which became known as the Boulevard Style.


Spats became integrated into shoes and boots and widely worn by both men and women. 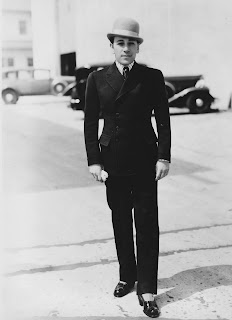 During prohibition, two-tone shoes became a particular favourite of American gangsters but by the thirties and cleaner city streets meant less need to protect expensive footwear and spats fell out of favour. Rubber galoshes, took over and wellingotns became the outdoor footwear of choice. 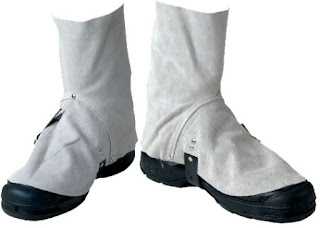 Spats remain in use today as personal protective equipment in certain industries.

Labels: From Greaves to Spats : A potted history of leggings, history of boots