A short history of Australian Quackery 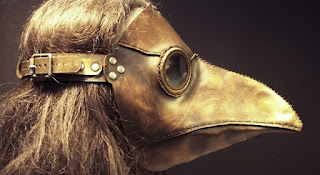 We all do it, listen intently to the adverts or scan the advert section of the weekend papers to see if there is, by chance a magic bullet to help us with our lumbago or other personal ailments. Eye catching headlines and talk of miracle cures are difficult to resist and the advertisers know this only too well. Yes, there are regulations to help protect the public but the marketing people are cunning and regularly bend the rules or present information which not entirely give the complete picture to bamboozle the less discerning and gullible among us. There is a long history to this which date back to the Middle ages, but also had its heyday in the late 19th and early 20th century in Australia. 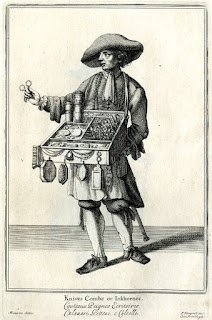 The term quack or quackery meaning fraudulent or ignorant medical practice comes from the archaic Dutch word quacksalver, (“hawker of salve"). Quacks were "fraudulent individuals pretending to have medical skills which they did not have nor the skills, knowledge, or qualifications to professed to claim. They were charlatans and thrived in the Middle Ages, especially during times. of plagues and other pandemics. In truth, in the absence of antibiotics, orthodox physicians and apothecaries could not cope with painful skin sores and so anyone who could offer a remedy, no matter how outlandish, was allowed to go about their business. In the absence of a media like we have today, quacksalvers sold their wares on the street shouting in a loud voice. 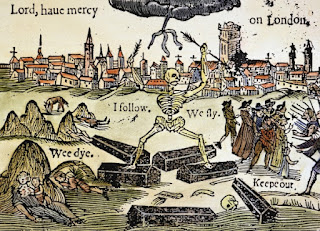 Times were desperate and authorities turned a blind eye to charlatans purveying all manner of so called remedies, most of which had little or no effect or worse caused further complications. Among the most popular salves of the time and ones which survived to this day were corn cures. Remedies then frequently included pig offal and cow dung, or other nasty combinations. By the middle of the nineteenth century quack medicine had been banned in France and Germany causing many purveyors of life’s elixir to spread throughout Europe and the colonies. In Australia at this time it was unclear who could practice medicine and many quacks roamed the country making the best of the opportunity. Not all were scoundrels but many were. 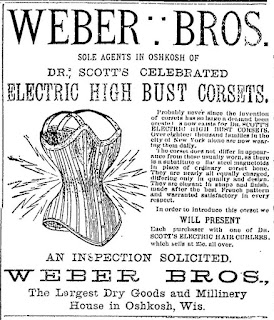 Lying and extravagant claims in newspaper advertisements were all accepted norms in these days and reflected an era when free enterprise was the name of the game. Victorians were agog with electricity and all manner of therapeutic appliances that plugged into the electricity grid were for sale. A proverbial physical therapist’s delight. From corsets to belts all were electrified and claims of curing weak backs, functional irregularities, hysteria, kidney disorders and rheumatism would put today’s infomercials to shame. Most of course did not work and many of the so-called inventors spent long years doing vertical sun tan for their frauds and scams. Some however survived and became legitimised. 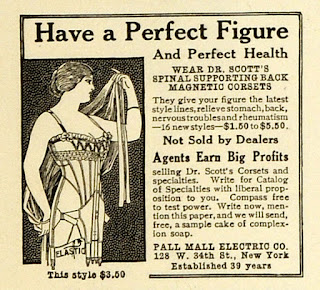 Pall Mall Electric Association was an Australian company which advertised extremely practical products such electrical hairbrushes, toothbrushes and electric insoles. All had one thing in common; they were all mercifully harmless which is perhaps not what might be said about the advertising copy which appeared throughout Australian newspapers in the 1880s. 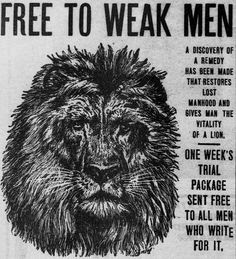 Not quite so sure about “Vitality force”, which was promoted by a Sydney doctor, Richard Foot. He was a professional showman and held regular seminars to the demonstrate his products throughout Australia. Foot promoted a course of tablets to cope with seminal weakness and these cost a mere seventeen shillings and sixpence (over $500 in today’s money). You could, of course save $200, if you snapped up the introductory offer, as advertised in the newspapers. Foot hedged his bets and his course of tablets was promoted to both men and women. Not sure whether he intended them for female consumption or more than likely, for the little lady to crunch them up into her unsuspecting spouse’s breakfast cereal.

He also actively promoted monkey gland injections in Melbourne before disappearing to New Zealand. Foot briefly reappear in Sydney as Professor Foot, before setting sail to South Africa. There his fortunes were less well starred, and eventually he was exposed for contravening the Medical and Pharmacy Act.

Early Australians, like the rest of the Western World became fascinated with magnetism and especially when combined with any manner of magical creams and potions. One popular product was Dr Sheldon’s Magnetic Liniment which claimed to cure rheumatism, backache, toothache, neuralgia, sore throat, corns and cuts and bruises, according to the newspaper adverts. 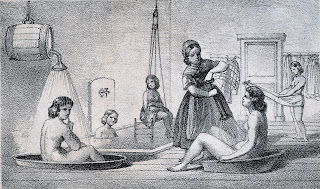 Water (hydropathic) became a treatment in itself, whether recommended to drink in copious quantities or just bathe in it, great efficacious benefits would accrue. Antiseptic footbaths were recommended for ailments causing flatulence, bowels dysfunction, lungs and headaches. 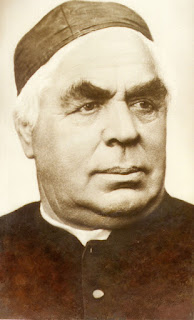 Perhaps the greatest hydro therapist of the day was Father Sebastian Kneipp. from Worishofen in Bavaria, the parish priest had no medical training but was interested in water cures. He was used herbal remedies and was great believer in walking barefoot for good health. So popular was his hydrotherapy Australian doctors began using it.

Have we learned anything ?
Despite regulations to control false advertising it is still very common practice. Only when false advertising is classified as deceptive and the advertiser has been shown to have deliberately misled the consumer, can action can be taken. Some claims made by manufacturers may be technically true, but insufficient information is given and the consumer cannot make a reasoned decision. Even when addition qualifying information is given, this is frequently presented in obscure ways, such as print size. Another common ruse is to make claims their product has health benefits when there is no independent evidence to support these claims. In truth, we really need to have a degree in consumerism to be more discerning and my rule of thumb is, if it sounds too good to be true, then it’s more than likely fictitious. Thank goodness for independent agencies like the Consumers' Association of Western Australia .