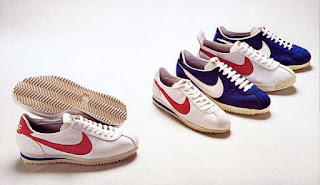 A new crackdown on the international crime gang MS-13 has led to hundreds of arrests recently on New York’s Long Island. Unfortunately, many innocent, immigrant students in the area have been caught up in the frenzy, because they happen to be wearing, Nike Cortez sneakers. The shoes once favoured by the Mara Salvatrucha gang. 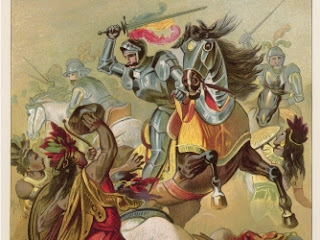 For generations, street gangs have used athletic gear, caps, shoes and logos to represent their factions, The Cortez is used by the MS-13 as an “identifier”, worn as homage to the gang’s west coast origins. Originally gang members in the 80s from El Salvador romantically identified their shoes with Hernán Cortés who conquered the Aztecs. 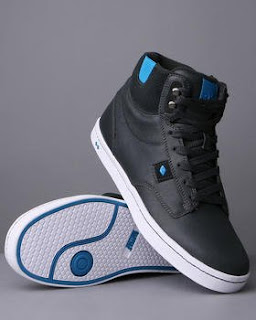 There is a long association between US street gangs and their choice of shoes. Colours too, play an important role in gang clothing, Blue (in several shades) featured initially in Crips’ sartorial, whereas their deadly rivals, Bloods (Ruthless Blood Gang - RBG) preferred red. The backronym , BK in British Knight was taken to represent "Blood Killers,” which had particular bravado appeal to Crips. The shoes were instantly recognisable with their chunky sole design, large tongue and inclusion of multiple "BK" logos on the heel, toe guard and upper. The brand was featured prominently in hip hop and dance music videos by artists such as Public Enemy, Technology and Beats International. 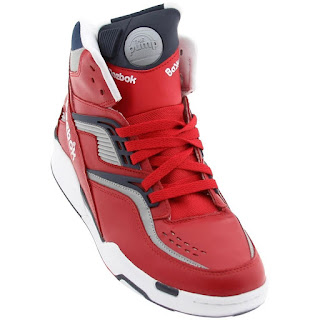 By the 90s Bloods wore Reeboks, which for them stood for “Respect Each and Every Blood, OK?” Bloods sometimes called themselves slobs and anyone wearing Adidas shoes was considered to disrespect the gang. Adidas was considered to stand for “All Day I Disrespect Slobs.” 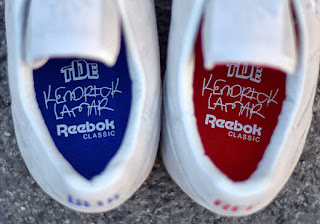 At first many leading sport shoe companies deliberately courted the patronage of youth culture and breached good taste by affiliation with drug and gang activities. Sometimes this bad boy image adversely affects the fortunes of the companies themselves and when it was rumoured a company were contemplating releasing a shoe called Christian Knights (CK or Crip Killer) then many high schools and universities banned footwear previously associated with gangs.


Reebok, in collaboration with rapper, Kendrick Lamar, tried to send a unifying message by putting out sneaker models that had both red and blue elements. Into the 21st century, colours and other established identifiers have become less prevalent. 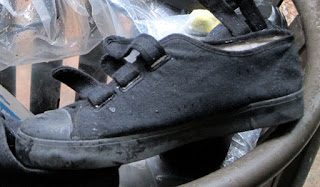 Many prison authorities, keen to prevent fighting over brand names, issue detainees with bland shoes despite many defying authority by customising these with neatly painted Jordan, Nike or Fila logos. Any sneaker brand associated with gangs are strictly not allowed but prisoners continue to use their prison clothing in a manner to easily identify their affiliations.
Posted by footalk at Saturday, November 09, 2019

Wow, superb blog format! How long have you been running a blog for? you make blogging glance easy. The whole glance of your website is great. height shoes

Lol no blood EVER has called them selves a slob

You need to edit this... bLoodS would NEVER call themselves "slob". It's a disrespectful term.. 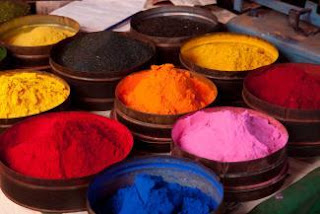