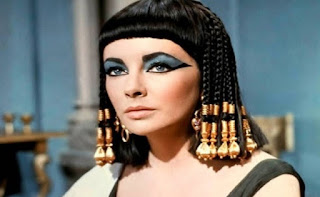 A merkin is a pubic wig. In antiquity, only the very powerful women went unshaven, Cleopatra was known for her beautiful, long, luxurious pubic hair, which she proudly wore brushed, oiled, and on full display. A type of pubic wig was worn by others to give outwardly the impression they were high born. 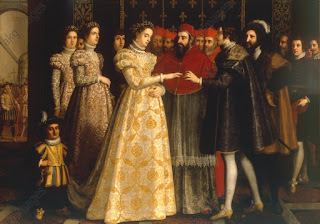 In an effort to avoid pubic lice or disguise signs of crabs and syphilis mid-15th century sex workers took to wearing public wigs. Catherine de Medici, forbade her ladies in waiting, from removing their pubic hair in an endeavour to show her female entourage were pox free. Her close entourage were known to be graceful with their favours for information. The female version of the merkin was usually made of fur, beaver pelts, linen or some soft version of cloth. This was tied next to the body. The term first appeared in print in 1617 and was thought to be derived from malkin - a derogatory term for a lower-class young woman, or from Marykin, a pet form of the female given name Mary. 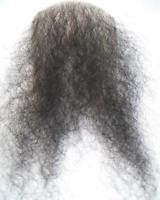 By the 18th century pubic wigs had become adult playthings frequently washed dried and combed out. By the 19th century it was common for upper class men to collect the pubic hair as a souvenir or token of affection from lovers. Sometimes these were proudly displayed in their hats or collected in a snuff box. It became necessary to cover up any such indiscretion with a merkin expertly made by a trusty wig maker. 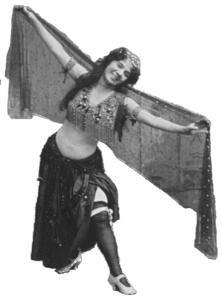 Hoochie Coochie dancers first made their appearance in the nineteenth century in the US during the era of the Side Show. In southern USA, the term cooch is a colloquialism for female genitalia. Although the travelling circus was popular these was short lived because of high maintenance costs and absence of financial backers. To maintain public interest, side shows were introduced featuring menagerie animals then later human oddities. By far the most popular of these travelling carnivals was the girlie shows, where young women danced the Hoochie-coochie. Artists were billed with exotic names like Fatima, Farida, and Maryeta and appeared wearing a small vest fastened low on the bosom, and above the short skirt a tantalising bare midriff. Their bodies were heavily ornamented with jewellery, beads and finger cymbals. The girls danced a type of belly dance with rapid shaking of their head. At a time when most women covered up with corsets and long skirts the invitation to see hoochie coochie was just too much to resist and men flocked to the side shows. It was illegal to appear naked on stage and for further titillation some of the dancers wore merkins.


The popularity of the hoochie coochie was such it began to appear in vaudeville, burlesque theatres, saloons, and smokers, around the world. In 1896 a New York dancer by the name of Ashea Wabe was engaged to entertain at a private stag night. When the police were called to the ensuing disturbance the event was widely and somewhat inaccurately reported. Ashea or "Little Egypt” was reported to have danced, au naturel. This was gross sensationalism, but none the less sealed her reputation as a cause célèbre , and more importantly meant the hoochie coochie became synonymous with hot sexy dancing in the public eye. Later the term hoochie coochie was replaced by "strip tease." 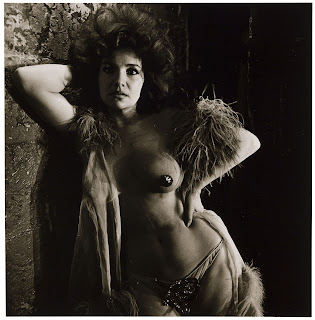 After the Second World War, Blaze Starr (1932 - 2015), was the toast of American Burlesque and was nicknamed "The Hottest Blaze in Burlesque", Her striking red hair, voluptuous figure and on-stage enthusiasm combined wiith clever use of stage props went beyond established burlesque routines of the time. She would tease and cajole members of the audience into a frenzy often wearing a merkin. Blaze was arrested for lewdness on several occasions.


Merkins have also been used as stage prop for male actors playing female roles. This was often done to comic effect and would become part of drag sartorial. In 1922, the developing American film industry were keen to avoid government intervention as well as protect Freedom of Speech (the First Amendment). The major motion picture studios formed an organization that would become the Motion Picture Association of America (MPAA). A self sensorship system called the Hayes Code was introduced to prevent offensive material from being included into American films. By contrast the European film industries had less strict controls with nudity and partial nudity regularly featured. The American were envious of this status and by the 60s merkins were used to overcome restrictive guidelines. Pubic wigs were worn by actors and actresses who either wanted to avoid inadvertent exposure of their genitalia during nude or semi-nude scenes, or a clever rouse by the director to outwit censorship regulations. 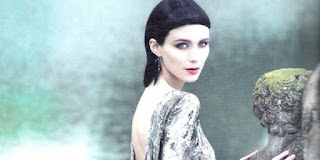 Once the closeup nude shot was accepted in drama actors might choose to wear a merkin appropriate to their character. In the Girl with the Dragon Tattoo for example, Rooney Mara, wore a merkin to match the colour of her character’s public hair.

read a lot about her in make your working day plan successful she talked about her life and how she became an actress. I like watching movies with her