The Vindolanda Tablets: And don't forget to send the socks?

The Vindolanda Tablets , are letters sent to and from Roman officers serving at Vindolanda,, Northumberland from 90AD to 120AD, and just prior to the building of Hadrian’s Wall (122AD). They were discovered in 1973, when archaeologist Robin Birley, and his student, Keith Liddell, were excavating at the site of Vindolanda, a Roman fort in northern England. The Vindolanda tablets were found mainly in a waterlogged rubbish heap at the corner of the commander's house in the pre-Hadrianic fort. To date, more than 1,300 tablets have been recovered and experts have translated over 750 Vindolanda letters. Most of the pieces preserved and stored in the British Museum.

The Vindolanda Tablets were unlike other writing tablets used in Roman Britain. They were from native woods i.e., birch, alder and oak; and about same size of a modern postcard (20 cm × 8 cm) and 0.25–3 mm thick. The surface of the wood was smoothed and treated so it could be used for writing. The tablets were scored down the middle and folded to form a diptychs with ink writing on the inner faces. Longer documents were created by tying several leaves together. 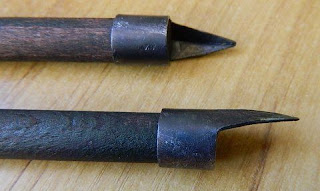 Hundreds of pens were also discovered at the Vindolanda site. Local blacksmiths, probably forged the iron pen nibs, and fastened them on a hollow handle made of wood. Some of the nibs had been embossed with the blacksmith's mark. 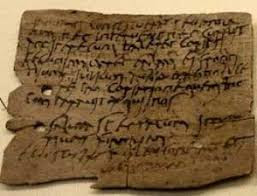 Written in Latin with Roman cursive script analysis revealed the ink was a mixture of carbon, gum arabic and water. On closer inspection much of the writing seems to lack punctuation or to contain spelling mistakes, and some inscriptions are indecipherable. It is thought the tablets were produced circa. AD 92–103, with the majority written before AD 102, when the fort was occupied by IX Batavorum and its sister unit III Batavorum, both 'quingenary' units approximately 500 strong, as well as a detachment of cavalry from the Spanish Ala Vardullorum. The discovery of these letters testifies to a high degree of literacy in Roman Britain. 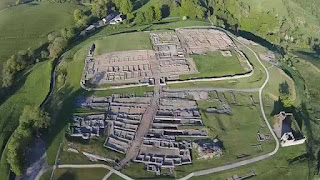 The letters include both official military matters and personal messages to and from members of the garrison, their families, and their slaves. They are a rich source of information about what life was like on the northern frontier of Roman Britain. Some are rough drafts of letters that were later sent; others are mail received by the soldiers from their families and friends elsewhere. Some have doodles and drawings on them. Correspondents were to and from many different cities and forts throughout the empire, including Rome, Antioch, Athens, Carlisle, and London. 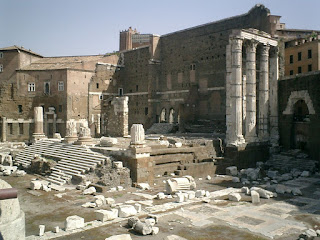 Likely the best known deciphered messages was Tablet 291, written around AD 100 by Claudia Severa, the wife of the commander of a nearby fort, to her sister Sulpicia Lepidina (wife of Flavius Cerialis, the praefectus in command of Cohors IX Batavorum) inviting her to a birthday party. The invitation is one of the earliest known examples of writing in Latin by a woman. There is clearly two different handwriting in evidence. Probably the majority of the text, written in a professional hand was done by the household scribe), but the addition post script, "Oh how much I want you at my birthday party. You'll make the day so much more fun. I do so hope you can make it. Goodbye, sister, my dearest soul," was added by Claudia Severa. 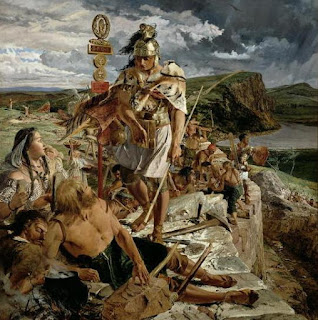 The tablets contain valuable social information about soldiers posted to the end of the Empire, for example, it is noted.

Instead of having their pay docked for inferior and often expensive items from army supplies or produced locally, soldiers wrote home for personal supplies to be sent. In some letters, officers plead for subuclae (vests) and abollae, (thick heavy cloaks) to keep them warm. Underpants (subligaria) were also popularly requested. Fashion faux pas or not, Roman soldiers wore socks with their Caligula to keep their feet warm.

Excavations of a Romano-Celtic temple complex at Tabard Square in Southwark, London unearthed a bronzed foot, which is by itself a rare find. However worse to come and the pedal extremity had the fashion audacity of wearing socks and sandals. How uncouth? It has long been thought the humble sock was around 2000 years ago and no reason why it would not be worn but this is the first actual physical evidence to confirm it. The weather in Britain at was terrible and Tacitus recorded this at the time. 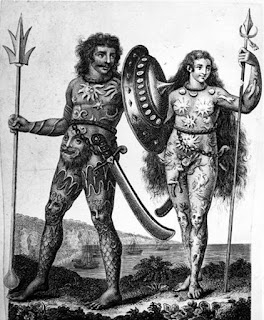 Before the translations, historians could only speculate what nickname the Romans used for the Britons. It is now known Brittunculi (diminutive of Britto) or ‘little Britons' was a derogatory, or patronising, term used by the Roman garrisons to describe the indigenous population. In a memorandum to his military successor, one commander at Vindolanda graphically described the continual frustration of fighting a guerrilla army of “painted people” (the Picts of Scotland) that will not stand and fight. 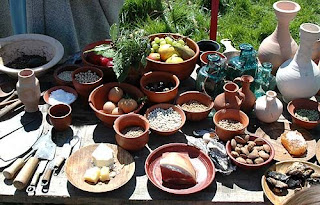 According to the letters, the Romans ate well and enjoyed a balanced Mediterranean diet of garlic, fish, semolina, lentils, olives, olive oil and the best Italian Massic wine. Some letters confirm ordinary soldiers also could acquire luxuries like pepper and oysters, and bacon from the local butcher. Slaves and local traders within the fortress also enjoyed a healthy diet. More exotic foods such as roe deer, venison, spices, olives, wine and honey, were restricted to higher authority and are described in letters and accounts of the slaves attached to the commander's house. By comparison, the Scottish warring tribes ate; pork fat, cereal, spices, roe-deer and venison, all washed down with beer. The Romans favoured wine over beer, as beer was considered a distasteful “barbarian beverage” compared with the cultivated and higher-class drink of wine. This did not stop the soldiers from drinking beer and a letter to Flavius Cerialis from a cavalry decurion politely requests more beer to be sent to the garrison. ‘Commilitones mei non dolor. Quibusdam placet mitti iubet.‘ (translation - ‘My fellow soldiers have no beer. Please order some to be sent.’

Labels: The Vindolanda Tablets: And don't forget to send the socks?