Foot frolics: World Toe-Wrestling and other games for adults 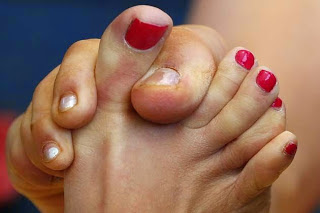 If you have ever wondered, as a child, what goes on when you were packed off to your room and the adults in the house could be heard giggling and laughing well into the small hours, then pin back your ears. The latest fad to reach these shores is not 50 Shades parties , but foot games. Usually entry to the foot frolic fest is by bare feet. Points and prizes await the guests for the largest, smallest, beauty challenged feet, with special accolades to the funniest-looking feet and/or the smelliest. 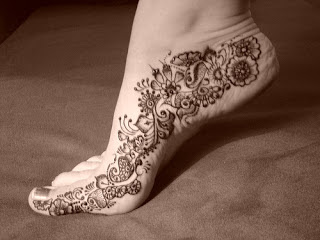 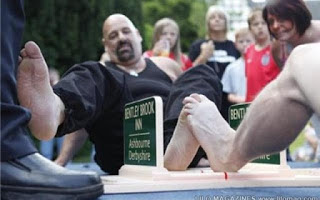 The wrestlers sit on the floor facing each other before locking their toes together and trying to pin the other person’s foot to the floor. Foot Wrestling is similar to arm wrestling and is a recognised sport in some countries. While waiting to take your turn on the toe ring, you participate in team games, like two teams line up with their feet toe to heel. The team with the longest combined length wins. Alternatively the team may stand to attention and side by side, and then the team with the widest distance measure wins. Sounds silly well of course it is but with a few ‘singing syrups” inside you, these are great icebreakers, or so I am reliably told. 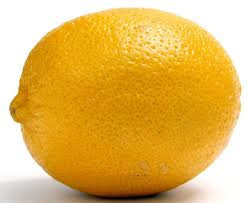 Passing the lemon describes two teams lined up and sitting on the floor. The object is to pass the lemon along the line and back using only their feet. Lemons are not allowed to touch the floor (after all, they are all sitting on it!). For the more intellectual, foot scramble is just the thing. Guests are divided into two teams and the host paints letters on the bottom of their feet. Each team has the same letters. At a given time, the controller shouts words that contain those letters. The foot frolickers must sit down in a row and arrange their feet in order so the judges can read the word. To make this interesting each person has a different letter on each foot and if both letters are needed in the same word some fun contortions result. Certainly guaranteed to break down inhibitions. 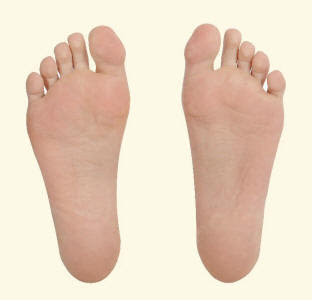 Once the footsie party is over and it’s time to go home, the idea is to see how many autographs you can get on the bottoms of your feet. I suppose all that remains for me to say, other than you can bring your chin up from the floor now, is if you are invited to a foot frolic event, remember to have a pedicure. Best money you will ever spend. 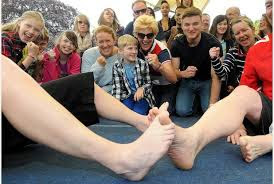 If you show an aptitude for toe wrestling then you may like to join the World Toe Wrestling Championship in England. There is a men's and a women's championship as mixed matches are not allowed. It all began in in 1976 when a group of walkers at the Ye Olde Royal Oak Inn in Wetton, Staffordshire in set about searching for a pub game that only the British could win. The World Toe Wrestling Championship is now held annually at the Bentley Brook Inn in Fenny Bentley near Ashbourne, Derbyshire, England. In this year’s men's final, Alan 'Nasty' Nash once again beat off stiff competition from Ben Woodroffe to claim his 16th World title. To date , there are no plans to include Toe Wrestling into the Olympic Games.

Labels: Foot frolics: World Toe-Wrestling and other games for adults